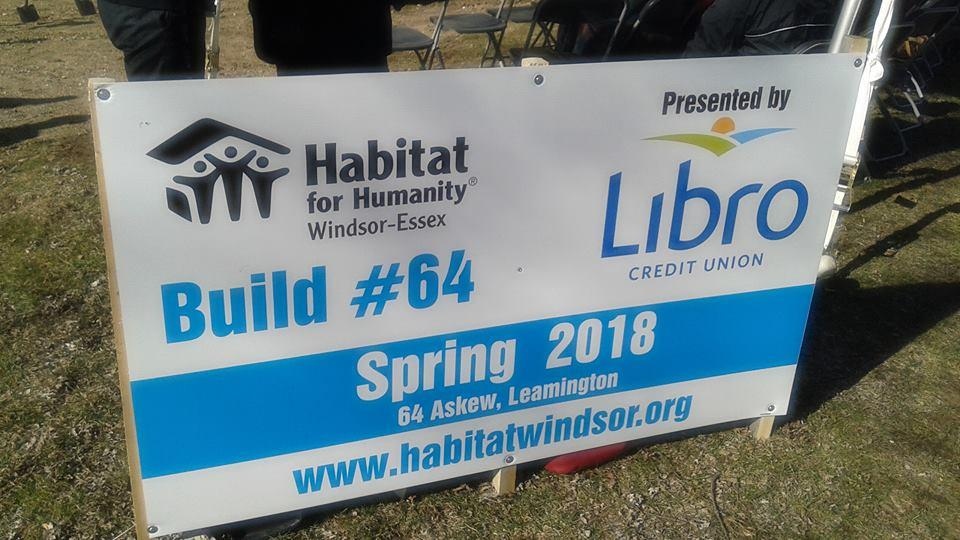 Habitat for Humanity Windsor-Essex has started its 64th build in Leamington.

Thanks to the support of Leamington City Council, Habitat was able to purchase a dilapidated house for $1.

All salvageable materials were removed from the house and it was then torn down, in preparation for new home construction.

Officials say Build 64 will not only provide affordable housing to a family in need, it will also revitalize a neighbourhood street that was negatively impacted by an abandoned house.

Libro Credit Union staff were unanimous in their support for this build. As presenting sponsors, their team will not only donate $20,000 in support, but they will be actively engaged in building this home with the Beauchamp Family.

“We are thrilled and excited by this opportunity to provide affordable homeownership support that has immediate impact and actively reverses the cycle of poverty,” says Carolyn Vsetula, commercial manager.

The Future Habitat Homeowner, Kelly Beauchamp, is a single mother, with three children currently living in a small rental apartment. Due to inadequate space, some of the family is sleeping in the family room. One of the children also suffers from an auto-immune disease which requires safe and decent housing.

“The community has been so supportive of our build projects” says Mary Margaret Parent, Habitat board chair.  “Corporate teams, sponsorships, donors as well as the skilled labourers and individual volunteers have made it possible for Habitat to continue building our community.”

In honour of their heritage the Beauchamp children invited the Caldwell First Nations Chief to bless the land on which this home will be built. The ground breaking and ceremony was held Saturday at HFHWE’s building lot, located at 64 Askew.