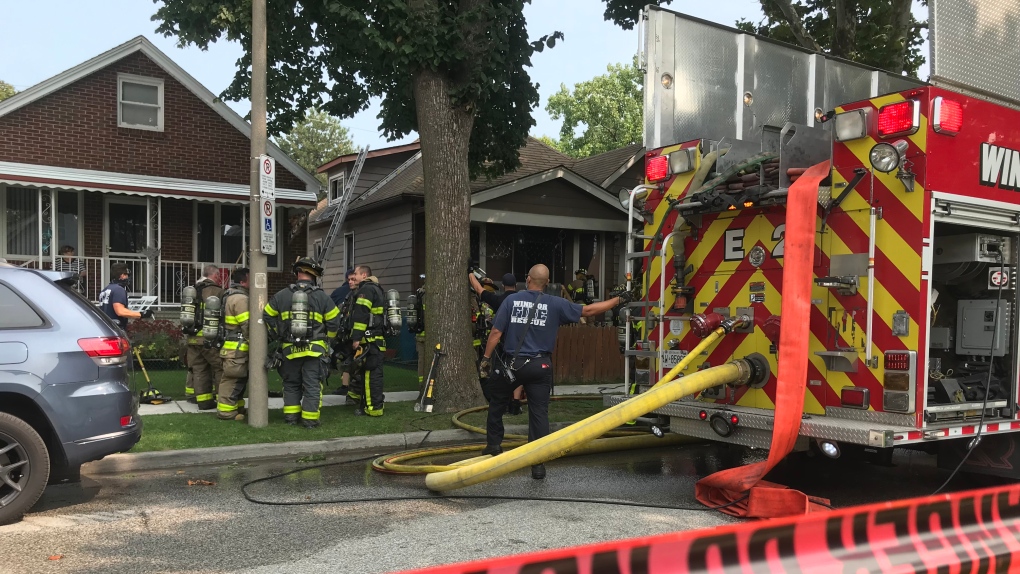 WINDSOR, ONT. -- After waking up to their Ford City area home ablaze, a mother and her children were able to escape a house fire unharmed.

Windsor fire crews responded to the blaze in the 1200 block of Hickory Road around 2 p.m. on Tuesday.

Chief fire prevention officer John Lee told CTV News while the woman and her children were home sleeping at the time of the fire they were alterted by the smoke alarm.

Six people, including four adults and two children have been displaced.

A neighbour who tried to douse the flames with a garden hose has been taken to hospital after suffering minor smoke inhalation.

“Use care and caution and be safe and if you can do it safely that’s great, but more importantly the message to us is just get out of your house and stay out and let us do the work.” Lee says.

Officials tweeted the fire was out around 2:24 p.m.

Lee says the cause of the fire is undetermined. The blaze started in an enclosed porch at the rear of the house. The damage estimate is $125,000.

A Windsor Fire and Rescue Services investigator will be attending the scene.