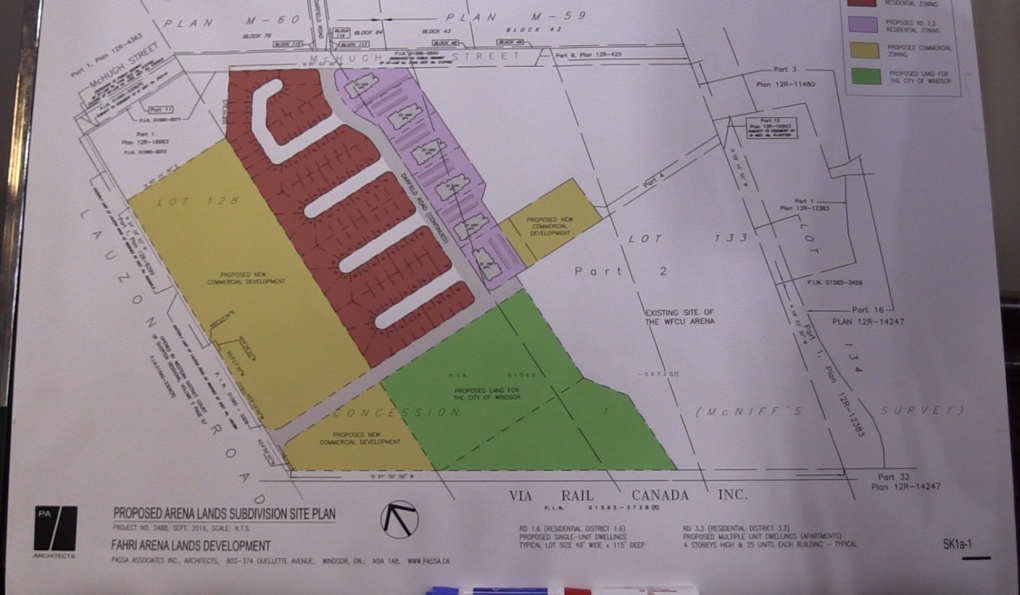 Another step forward for an east Windsor eye-sore near the WFCU Centre that's been sitting vacant for nearly a decade.

Council approved an application by Farhi Holdings to provide a grant that will cover some costs of a market study and an environmental assessment.

“They would like to see things happen there, take advantage of the hot residential real estate market in Windsor,” says Drew Dilkens.  “So this is one of those necessary steps that you would expect a developer to go through to realise some funding from the city to help rehabilitate any brownfields that they may find."

It’s for a Brownfield redevelopment at 1600 Lauzon Road.

Farhi told CTV News about a massive housing and commercial development near the home of the Spits, back in April.

The former Lear site is nearly 60 acres and has been sitting largely vacant since 2008.

Farhi Holdings is proposing a mixed-use development on the site.