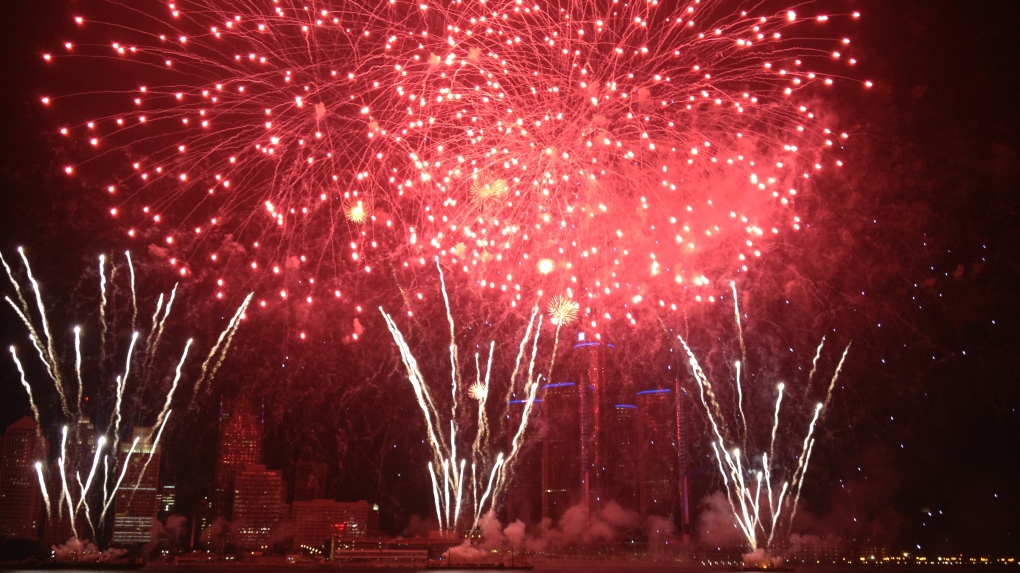 A spectacular display of the Ford Fireworks presented by Target over the Detroit River in Windsor, Ont., Monday, June 24, 2013. (Rich Garton / CTV Windsor)

DETROIT -- Detroit’s mayor is saying there’s no way the annual fireworks show over the Detroit River can go ahead as scheduled this June.

Mayor Mike Duggan spoke about the Detroit fireworks Wednesday afternoon during his daily news briefing about the COVID-19 pandemic.

The event over the Detroit River was scheduled for June 22. It usually draws hundreds of thousands of people to downtown Detroit and Windsor’s riverfront.

Duggan says there’s a possibility it could be postponed to later this year.

"Could it be done later in the summer or the fall? We haven’t focused on that yet. But certainly it won’t be on the regular schedule," says Duggan.

The Victoria Day fireworks in Tecumseh have also been cancelled this spring.