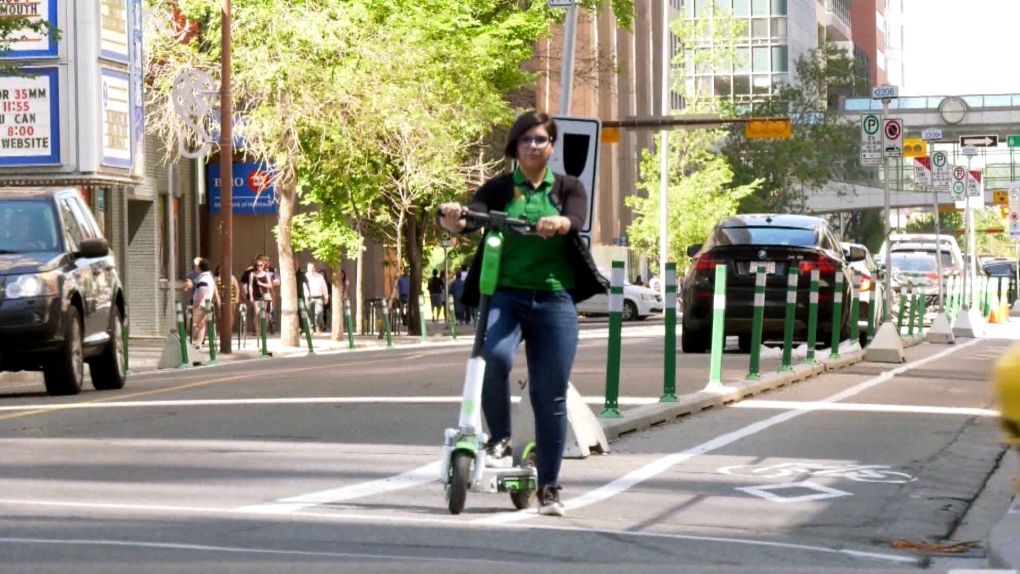 WINDSOR -- Windsor is among the first cities in Ontario to allow e-scooters on area roadways as well as the Detroit riverfront trails.

Council created a new set of bylaws to govern where and who can ride electric-scooters at its council meeting Monday night.

After lengthy debate, Coun. Jo-Anne Gignac proposed Windsor pump the brakes on the plan by deferring the discussion for a year to collect more data. Council shot that motion down.

A major point of contention going into Monday’s meeting was whether to mandate helmets for all, or stick with minimum provincial standards of only requiring helmets for riders aged 16 to 18.

Despite some evidence in other jurisdictions and warnings from the local trauma unit that riding without a helmet poses increased risk of head injury, the majority of council decided to maintain provincial guidelines for helmet usage.

Users will also need to stay off sidewalks, instead using bike lanes or the curbside lane of area roadways where the speed limit doesn’t surpass 50 km/h.

“They almost fit underneath your arm, and we didn’t see a big impact on usage with one of those things,” said Coun. Chris Holt, who put the motion forward.

Council also decided to permit users to operate e-scooters on the riverfront trail.

“People love our waterfront and that’s where people want to be,” Holt said after the meeting. “So I think, you know, give it a chance, let’s monitor the data, let’s find out if the warnings we’re hearing about safety hazards, let’s see that data reflected and look at it in 12 months.”

He said he wants to give the new mode of transportation “the best chance of success” possible. Lime and Bird are among a handful of companies that offer rental services, similar to those of bike-share services. Some of these providers have already been in touch with the City of Windsor, according to the city’s senior engineer of transportation planning, Jeff Hagan.

Holt told reporters the new bylaws passed Monday will regulate the private use of e-scooters but will likely have to deal with these rental operators separately.

“After that happens, you’ll start to see a lot of [e-scooters] and I think that’s what we really based a lot of our decisions around,” he said.

E-scooters in Windsor? Council is considering the trendy new mode of transportation. Lots of questions about safety, where they can go, etc. Here’s a backgrounder on the debate over whether to mandate helmet use @CTVWindsor https://t.co/CHnKsFSz3h