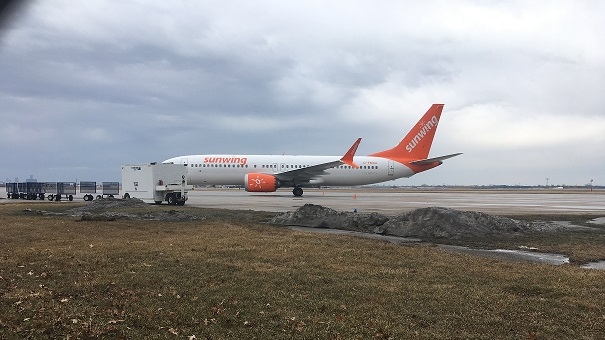 As CTV Windsor reported last week, the Boeing 737 Max 8 and 9 planes arrived at the airport to be parked at AAR Aircraft Services.

“We’ll have between six and 10 on the ground,” said Dave Robertson, the vice president of operations manager of AAR.

As of Monday at 3 p.m., there are 12 Max aircraft at the Windsor airport.

The first planes arrived on Wednesday after both Canada and the U.S. announced the planes would be temporarily grounded, citing concerns stemming from a deadly plane crash in Ethiopia on March 10 that killed 157 people, including 18 Canadians.

Robertson told CTV Windsor the planes were asked to be parked at the Windsor airport.

“We service several of the Canadian operators so, they reached out to us to see if we had places for them to park the aircraft and, of course, we help out our customers just like everybody else does,” said Robertson.

“Who will be responsible should something happen, what is expected of our community during this process, and ultimately, are we safe?” wrote Masse. “Those are answers we all deserve and I hope the Minister finds them as important as we do in Windsor.”