WINDSOR, ONT. -- Some volunteers say they are upset after a virtual volunteer meeting for an upcoming food drive in Chatham-Kent was interrupted by disturbing images.

Chatham-Kent police are investigating the incident.

She says they were “brutally disturbing."

One of the organizers, Brent Wilken, agreed, but says they will come out of this even stronger and it won’t impact plans for the event. 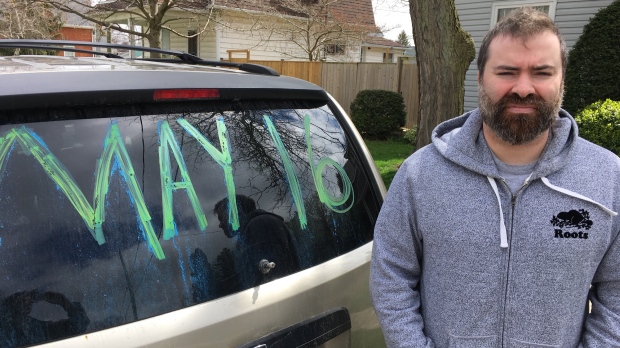 They believe the meeting was hacked.

“I couldn’t be more impressed with the team and how quickly they acted and got the hacker off the call,” says Wilken. “We were just so stunned, we just took care of it.”

Wilken says 240 people were on the call, including Chatham-Kent mayor Darrin Canniff and two councillors.

“I was absolutely disgusted with the images that came across and you really have to second guess platforms that allow that to happen,” says Canniff.

Wilken says 240 people were on the call, including Chatham-Kent mayor Darrin Canniff and two councillors.

Chatham-Kent police say they received information Thursday night that the local Zoom meeting was hacked and a disturbing video was shown.

Members of the Criminal Investigations Branch and Internet Child Exploitation Unit have taken over the investigation.

Officers say they are concerned for the safety of those in the video and are working with federal and provincial law enforcement agencies to identify them along with those responsible for sharing the content.

“We would like to remind everyone that accessing or possessing child pornography and luring are serious criminal offences that may be punishable by imprisonment,” said police in a news release.

Anyone with information regarding the video meeting is urged to contact Const. Cole Abbott at colea@chatham-kent.ca or 519-380-6024.