Chick-Fil-A opening in Windsor, Ont. met by fans and protesters 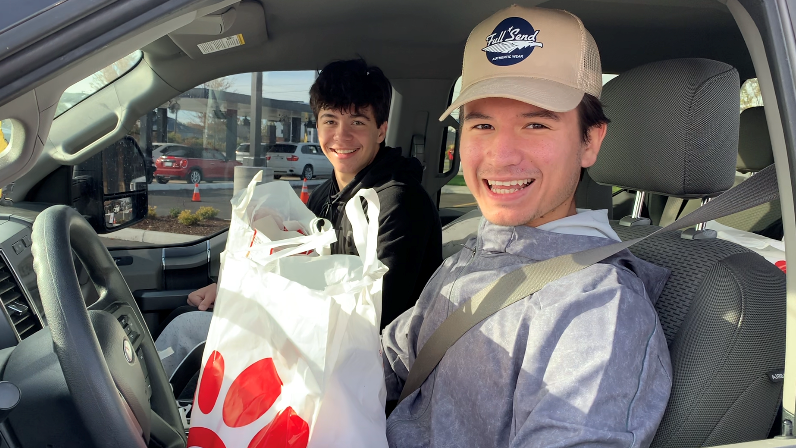 The long wait is over for fans of Chick-Fil-A. Two drive-in lanes were full throughout the day as eager residents waited for their chance to enjoy the franchise's fifth Canadian restaurant.

“Their breakfast is amazing,” said Rachel Wiens, who was one of many who lined up early. “I think that’s what we’re all waiting for.”

Tom Ryan was the first customer served shortly after 10 a.m., “We were kinda happy,” said a beaming Ryan. He was greeted by a cheering staff when he arrived at the take-out window.

“Nice greeting. To go to a restaurant and have that kind of greeting I think it’s great."

Eddy Lupas and his two friends were the first to arrive at four Thursday morning. Staff made multiple trips with big bags that made it look as though the Lupas crew was Christmas shopping. They spent close to $700 on their order.

“There’s two lanes and we had a big order so theirs was a smaller one so they got all the news and everything on them so quickly.” Lupas and his crew were happy to say they had the largest order.

According to staff, being helpful and cheerful is what the company offers daily. The restaurant will employ about 150 full- and part-time people.

A small protest was held in front of the shop with the group asking the community not to support a business that it says, “violates human rights and dignity.”

A gentleman stood about a hundred feet away with a sign of his own welcoming the popular franchise to the city.

To celebrate the opening, Chick-Fil-A donated $25,000 to the UHC Hub of Opportunitites, “We thank them for their very generous donation. We’re going to be able to help many people with this money,” the organization said.