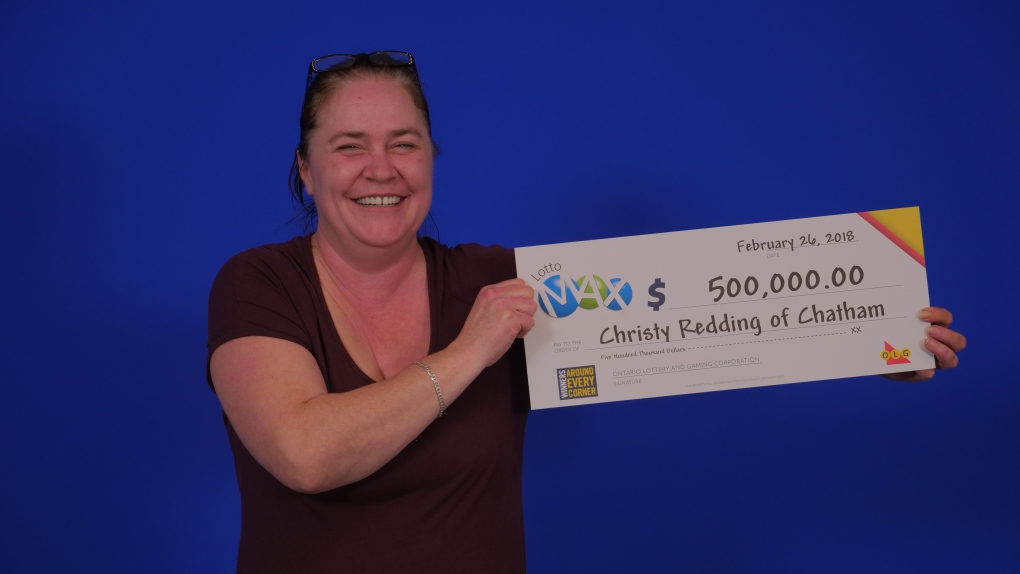 A Chatham woman won $500,000 after she says her boyfriend had a dream she won the lottery.

Christy Redding from Chatham collected $500,000 with Maxmillions in the Feb. 23 Lotto Max draw.

“I usually play Lotto 6/49 and Pick 3,” Redding said while at the OLG Prize Centre in Toronto to pick up her winnings. “But my boyfriend recently had a dream that I won the lottery so I decided to buy a Lotto Max ticket as well.”

A few days after the draw, Christy remembered she had a ticket to check.

“When I handed it to the retailer, the lottery machine froze,” Redding said. “My stomach dropped when I realized I won $500,000. I haven’t slept since.”

Redding, a mother of one, plans on using her winnings to purchase a wheelchair accessible home as well as a wheelchair for her granddaughter.

“I’ll also finally get my hair done,” she said.

The winning ticket was purchased at Ann’s Convenience & Video on St. Clair Street in Chatham.