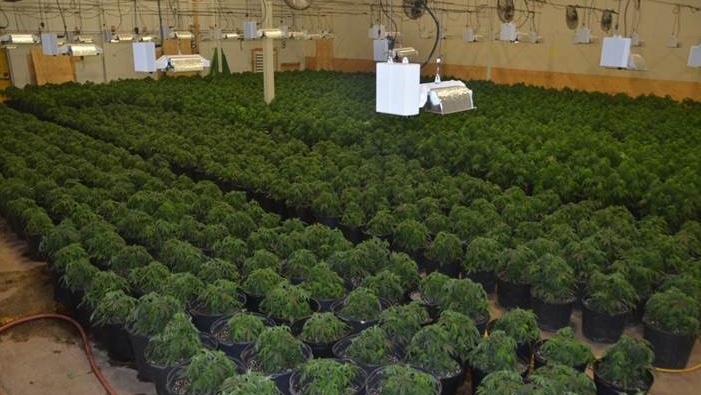 WINDSOR, ONT. -- The Chatham-Kent Police Intelligence Unit has seized over 25,000 illegal marijuana plant worth $25.5M in the past six months.

Police say they have located, investigated and dismantled four illegal marijuana grow operations in the community.

“The goal of locating and dismantling these illegal production sites is to safeguard our community from the dangers that inherently come with the illegal cannabis industry, such as; violent criminal activity, human trafficking and public health concerns due to a lack of regulatory oversight in the illicit market,” according to a news release from police.

The most recent bust was on Jan. 15. Members of the CKPS Intelligence Unit executed a search warrant at a property on Richmond Street in Chatham. A total of 8580 illegal plants were seized with a total street value of $8.6 million.

They were arrested and charged with cultivating and possession of cannabis for the purposes of selling. They were released pending a future court date of Feb. 18. 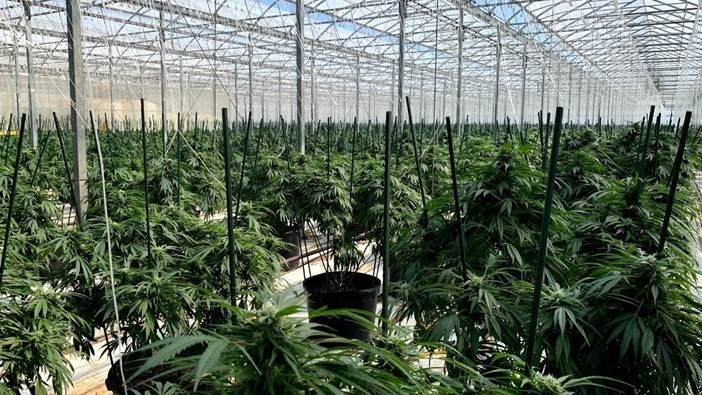 Police also executed a search warrant at a property on Richmond Street in Chatham on Jan. 8. Officers seized 9004 illegal plants, with an approximate street value of $9 million, along with a large amount of Canadian cash.

A 34-year-old Markham man and 62-year-old Stouffville man were both arrested inside the building and charged with cultivating and possession of cannabis for the purposes of selling, contrary to the Cannabis Act.

They were released pending a future court date of Feb. 11, 2021. A summons has been issued for a 58-year-old Markham man for the same offences.

Also on Jan. 8, emergency crews responded to a fire at a building on Grand Avenue East in Chatham. When the fire was extinguished, it was apparent that the property was being used as an illegal grow operation.

A warrant was obtained and executed, resulting in 489 illegal plants being seized with a total street value of $489K. A summons has been issued for a 62-year-old Kitchener woman for the offences of cultivating and possession of cannabis for the purposes of selling, contrary to the Cannabis Act.

On Sept. 16, 2020 members of the CKPS Intelligence Unit executed a search warrant at a Greenhouse facility on Maynard Line. Over 7300 illegal plants were seized with an approximate street value of $7.3M. A summons has been issued for a 48-year-old London man for the offences of cultivating and possession of cannabis for the purposes of selling, contrary to the Cannabis Act.

Police say these sophisticated operations are exploiting the regulations set by Health Canada by diverting cannabis authorized to be grown for a personal medical purpose to the illegal market.

“By cutting off the illegal supply, we can reduce the criminality that results from these lucrative criminal networks,” say police.

Officers say it is also important to remember that these facilities are not regulated or inspected by Health Canada. Police say how they operate is definitely a concern for the municipality, especially when it comes to the potential for unsafe electrical outlets, building code violations, use of illegal pesticides and where the waste water is being dumped.

Police say they are not targeting those who are growing cannabis legally for their own personal use or storefronts who have legally obtained a permit. These are large scale illegal production sites, who pose a negative impact on legitimate local businesses, as the money generated has been linked to funding organized crime.

“This past year, a significant amount of cannabis associated to illegal drug operations has been found in Chatham-Kent,” says Chief Gary Conn. “These operations will not be tolerated here in our community as we know their actions may lead to violent behaviour, property crimes and organized crime. Our officers, have and will continue to investigate reports of illegal drug activity to ensure the safety of everyone here in our community.”

More information about cannabis laws and regulations is available online.