A safe believed to be over 100 years old was opened Friday after its discovery during the demolition of an antique store in downtown Harrow.

Workers with Gagnon Demolition Inc. recently found the large safe behind some walls and say they’ve since learned it once belonged to a great-uncle of Canadian Prime Minister Paul Martin.

“Sometimes it's a matter of research, it's looking at the names, its heritage registries. There's a lot on the internet that can be found with any type of item, any type of salvage,” Gagnon said the safe weighs over 3,500 lbs. and remains in working order. “The more you put into finding out the history of something, the more you can sort of piece together where it came from and what it means to us or anybody else.”

“I thought it was a lot of fun,” said Katharine Gagnon. “I was thinking maybe there might be some old receipts from the general store that he ran or something which would have been kind of neat to have to give back to the town.”

The Gagnons explained the exact lineage linked to the Martin family is still being determined, but that the find is exciting nonetheless.

“It was a worthwhile experience to get it open because you never know,” said Jeffery Gagnon. “As generations change and as time goes by, and as combinations get lost, there was the possibility that there could be anything in there. Until you get it open, you just don't know.” 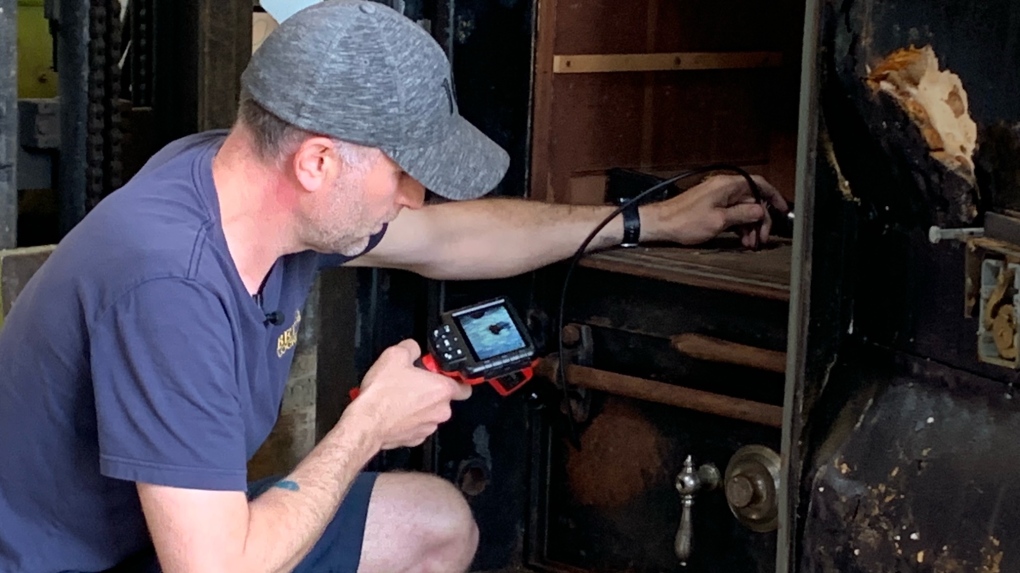 A safe believed to be about 100 years old found during a demolition was opened in Harrow, Ont. on Friday, May 20, 2022. (Chris Campbell/CTV News Windsor)

“It's always exciting, especially when you find out it's a really historic piece,” he said.

Sundell used a special camera to see inside the safe mechanics and told CTV News most safes they encounter are empty.

“This is a fun one because you don't know what you're getting into,” the locksmith added, “Once you feel that click open, it's a relief and excitement at the same time.”

The safe was empty and what will happen with it remains to be seen.

Sebastian Schmoranz and Rena Rabheru are the current property owners where the now demolished antique store and former general store once stood.

“We were also hoping it was filled with gold and jewels but you know,” joked Rabheru.

They say while Gagnon Demolition currently owns the safe, they hope it can be returned to the downtown Harrow property once construction is complete.

“They've been very generous in working with us to come up with an arrangement that either we'll end up purchasing it or if obviously if someone comes along that has a strong connection to it, we'll work with them to broker that deal,” said Rabheru. 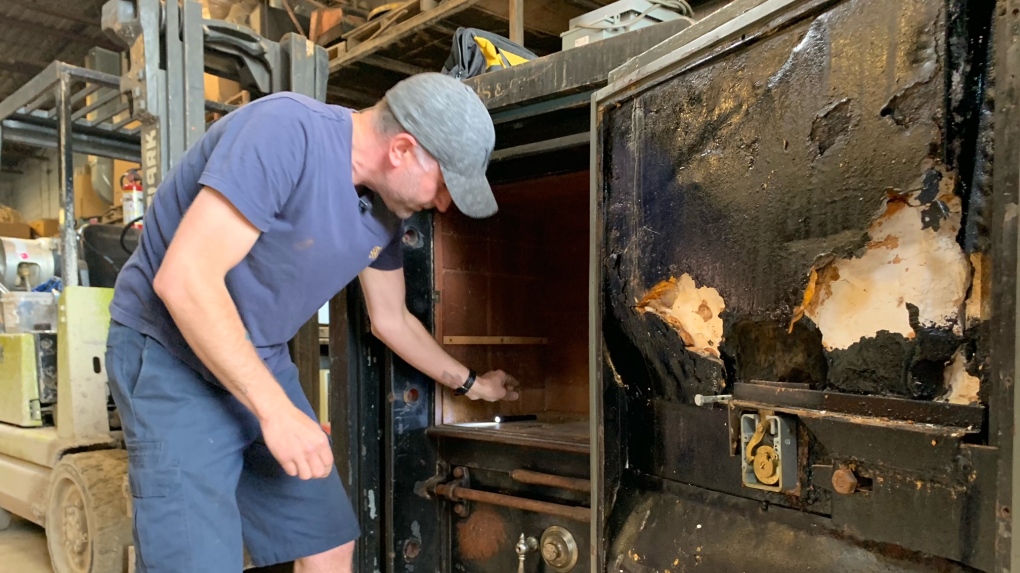 A safe believed to be about 100 years old found during a demolition was opened in Harrow, Ont. on Friday, May 20, 2022. (Chris Campbell/CTV News Windsor)

Police officers in cruisers, on foot patrol and on bicycles are patrolling the Parliamentary Precinct, the ByWard Market and the so-called 'motor vehicle control zone,' as the city prepares for Canada's 155th birthday celebrations and possible protests.

Saanich police will hold another update on a deadly shooting that took place on Tuesday afternoon, leaving two suspects dead and six officers with gunshot wounds.

Multiple crashes involving bears in a B.C. national park earlier this month prompted a crackdown on drivers in the area, according to the B.C. Highway Patrol and Parks Canada.

Here's what Air Canada and WestJet have said about reducing flights

Two of Canada's largest airlines announced steps this week to cope with delays, cancellations and service issues. Head to CTVNews.ca to read about the changes announced by Air Canada and WestJet.

Ottawa protest organizer Tamara Lich will spend at least five more nights in custody in Ottawa after she was arrested in Alberta for allegedly breaching bail conditions.

The Conservative Party of Canada says approximately 675,000 members will be eligible to vote in this year's leadership race.

Shooting in Newark wounds 9; all expected to survive: police

Nine people, including a teenager, were wounded Thursday evening in gunfire outside a neighborhood grocery shop in Newark, police said.

Omicron cousin BA.5 predicted to cause nearly 70 per cent of COVID-19 cases by Canada Day

Researchers examining the threat of emerging COVID-19 strains predict Omicron BA.5 will account for nearly 70 per cent of cases in much of the country by Canada Day.