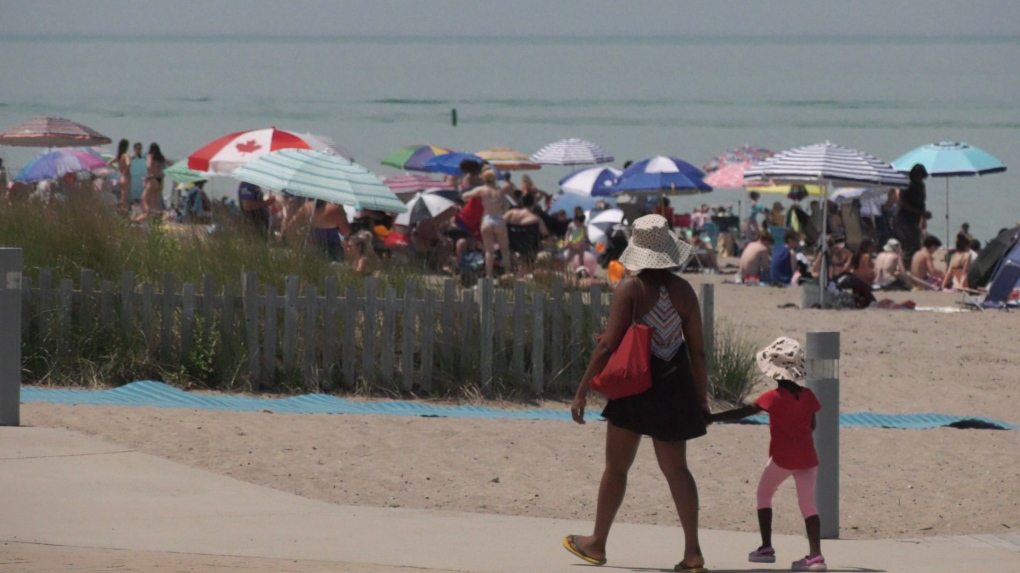 It’s the first long weekend in weeks without construction and traffic delays along the main strip in Grand Bend.

With Canada Day upon us, hundreds have flocked to the beach to soak up some sun and celebrate.

Business owners along the main strip are also breathing a sigh of relief to see little traffic congestion and an increase in visitors.

Construction along Ontario Street and Main Street was designed to improve traffic flow in the future.

Construction will halt in July and August before picking up again in September. Then come next year, there are expected to be four lanes of traffic and a turn lane on Highway 21.

“It’s always very busy in Grand Bend anyways and the construction was adding to more traffic and tourists,” said Yvette Market, who owns a store along Main St.

“Even locals were getting frustrated and deterring them from coming downtown so this is great,”

In May and June construction led to major delays, street closures and headaches for visitors.

“I think people feel like almost a weight is lifted off. A lot of people are having more fun, feeling less stressed,” she said.

According to the local Chamber of Commerce, Grand Bend typically sees up to 40,000 visitors each summer.

Now locals are expecting this to be one of the busiest summers they’ve experienced over the last few years.

“Last year we didn’t get as many people because of COVID but we’re hoping it will be extremely busy, especially Friday and Saturday night,” said Jillian Regier, who works at Willie’s Beach Bar.

The manager at the Grand Bend & Area Chamber of Commerce, Sydney MacDonald told CTV News that there will be a free concert and fireworks show on Thursday night on the beach.

“We’re excited in welcoming everyone to come back and looking forward to a great summer,” she said.

A B.C. man who admitted to attacking his pet kitten so brutally the animal had to be euthanized has been sentenced to spend four months behind bars.