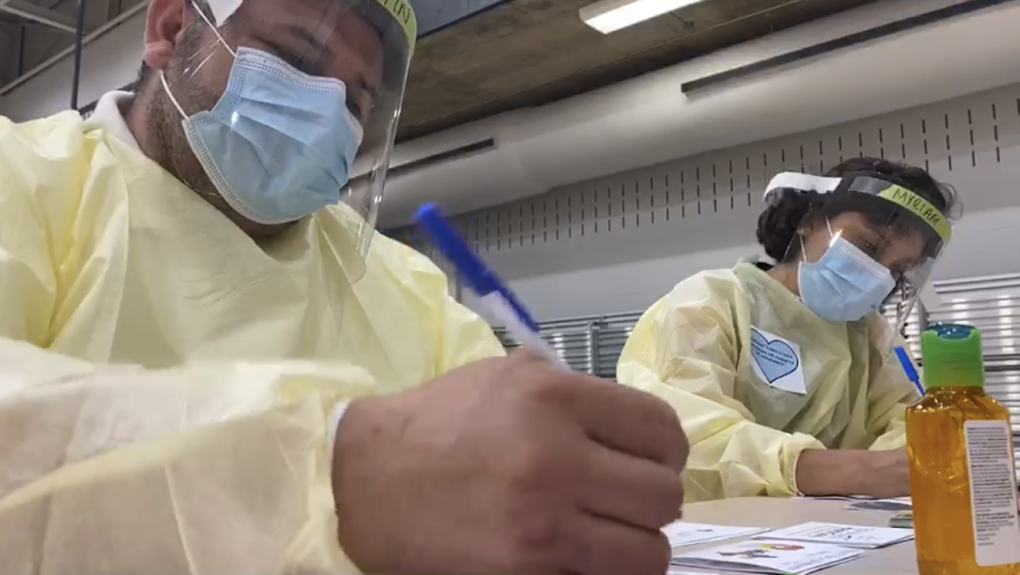 Volunteers inside Leamington’s COVID-19 assessment centre process their last patients before the pop-up testing facility shuts down due to lack of volume. (Courtesy: Erie Shore HealthCare)

WINDSOR, ONT. -- A group representing greenhouse growers in Ontario's Windsor-Essex region says a work stoppage at a local farm due to a COVID-19 outbreak has escalated fears about testing for the virus.

The Ontario Greenhouse Vegetable Growers says in a statement that the public health order has contributed to anxiety among both farmers and workers.

On Wednesday, the region's medical officer of health issued an order that required an unnamed farmer whose greenhouse has an active outbreak involving 191 workers to isolate those employees and stop work.

The medical officer of health for Windsor-Essex issued the order after a rash of positive tests over the weekend.

The growers group says it is working with the sector and the provincial government to address those fears as on-farm testing continues.

Premier Doug Ford said Thursday the work stoppage will not encourage local farmers to participate in efforts to combat the virus.

This report by The Canadian Press was first published July 3, 2020.