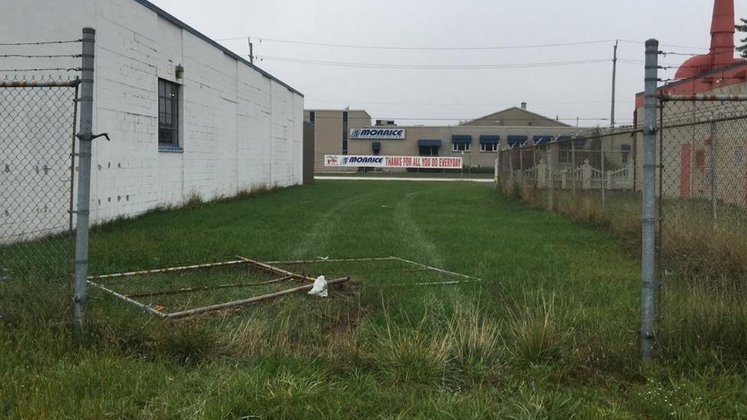 A gate smashed down at Habitat for Humanity on Devon Dr after a break-in Friday, September 14 (Photo courtesy of @FionaCFRE via Twitter)

Windsor police have made an arrest after three break-ins at Habitat for Humanity.

In September 2018, police began investigating the break-ins at the charity on Devon Drive.

The incidents also got a lot of attention on social media.

Investigating officers had seized evidence from the break and enter reported on Sept. 15.

The evidence was forwarded to the Centre of Forensic Sciences for analysis.

The Windsor Police Service recently received information from the Centre of Forensic Sciences that a suspect had been positively identified from a DNA sample.

On Friday around 7 p.m. officers located and arrested the suspect without incident in the 500 block of Capital Street.

Scott Kimball, 38, from Windsor, is charged with one count of break and enter.