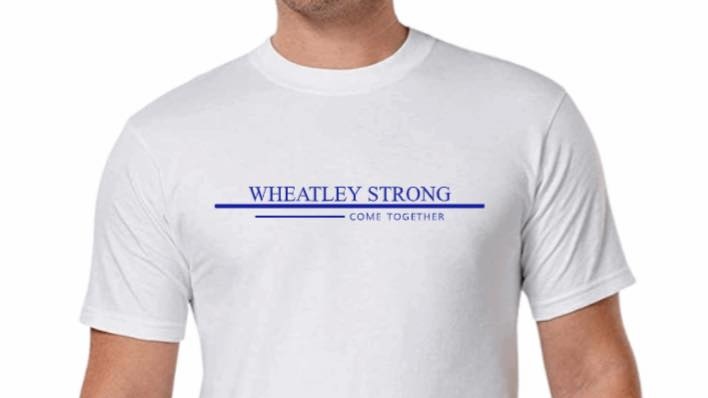 Three Wheatley women have come up with a fundraising idea they hope will help unite their community following an explosion in the downtown on Aug. 26.

They began selling t-shirts on Aug. 28 as a way to help contribute to the Wheatley Relief Fund.

Erica Cassidy said she posted the information to order the shirts with Wheatley Strong printed on the chest on her Facebook page, “…and it escalated from there, in the best way.”

As of Wednesday afternoon Cassidy estimated they had sold about 200 shirts at $25 apiece.

She said $15 of each sale would go to the fund.

Cassidy she said she put the wheels in motion but the idea came from Abbey Hopper and Jessica Prudence.

The group asked a local business owner if they could use her logo, and after she agreed, local resident Erika Renwick came up with the final design.

Local shop Personally Yours by Mary agreed to print the shirts.

Cassidy says there is no goal, but is excited over the interest.

“This effort is something that this town and our neighbouring towns should be very proud of,” she said.