'We are ready to take this on': Canada Post contends with pandemic busy season challenges

The clock is ticking to get your Christmas cards and packages delivered on time this holiday season.

Canada Post says things are running smoothly right now despite it being the busiest time of year, and off the heels of a mandatory COVID-19 vaccine policy for employees.

“We are not seeing any issues with processing or delivering in our plants or depots,” says spokesperson Valerie Chartrand.

Chartrand says there are a few localized staffing issues and reduced hours at some rural locations across the country but that contingency plans are in place, noting 4,200 seasonal workers have recently been hired.

“The majority of our employees are in compliance with our vaccine policy and we are very pleased with the response so far,” Chartrand says 95 per cent of active Canada Post employees complied with the Corporation’s Mandatory Vaccine Practice, saying those who did not were placed on leave without pay as of Nov. 27.

“It’s been close to two years now that we’re living with safety measures in place,” explains Chartrand. “And even though this is the busy season, we’re still putting safety first and we still have those safety measures in place, physical distancing, mandatory masks. So, those continue even with the busy season, this is still one of our priorities.”

Jodi Roddy of Windsor is one of the employees who was placed on leave without pay, worried Christmas deliveries won’t be reaching their destinations on time.

“There’s mail being left behind every day. There’s parcels that are not getting processed on time,” Roddy adds. “It’s nothing against the new people. I’m sure they’re doing the best they can, but they just don’t have the experience and that’s why we need to be working.” 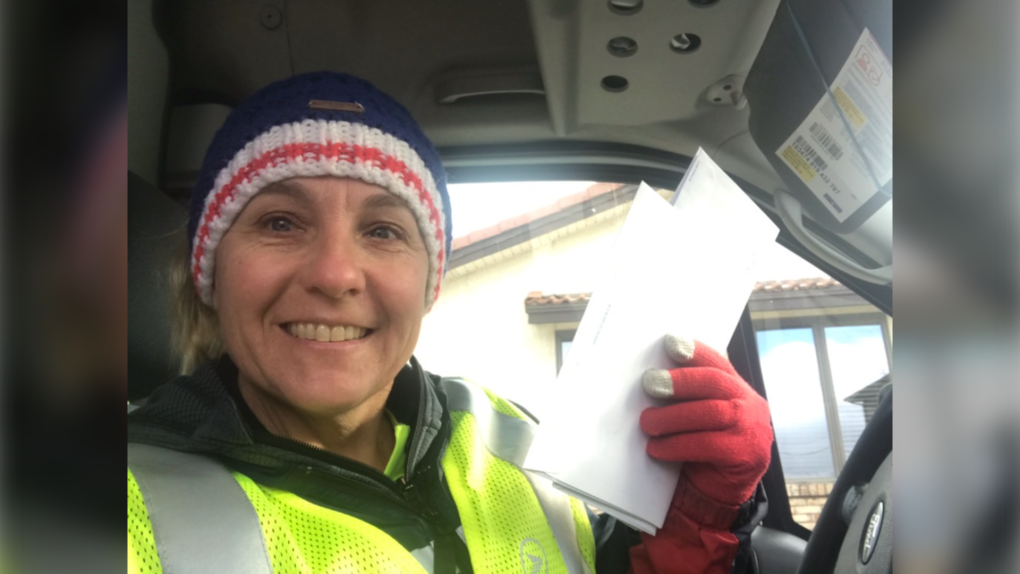 Jodi Roddy is a Canada Post worker who has been was placed on leave without pay. (Courtesy Jodi Roddy)

Roddy says for privacy reasons, she chose not to disclose her status after 28 years with the company.

“Canada Post is choosing to do this to their employees,” she says. “They do not have to. There are other options out there and we just want to work during the season.”

Roddy explains there are several local workers currently on unpaid leave, believing there are thousands more across the country.

“We love our jobs,” she says. “We love the customers that we provide for and we are really missing out!”

Roddy explains she intends to remain on leave without pay, even if it eventually costs her jobs.

Despite the number of staff currently off the job, the deadline to send a package by regular mail to an address in Canada is Dec. 9, while customers have until Dec. 21 to ship priority packages within Canada.

The deadline to send a card nationally is Dec. 17.

The full details, including deadlines to send packages internationally can be found here.