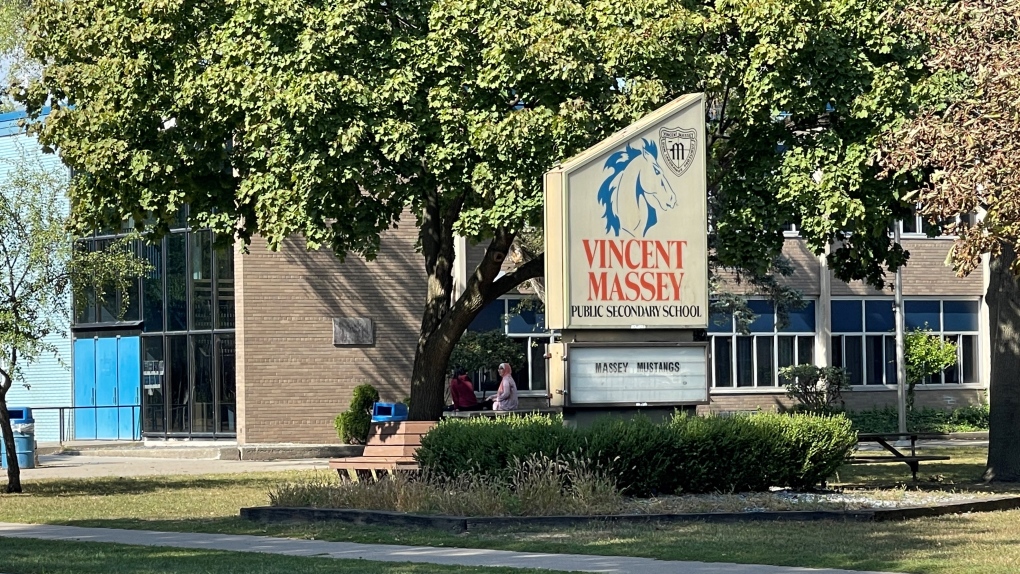 Windsor police say a 15-year-old student has been charged after “threatening violence” against a south Windsor school.

On Saturday, police were alerted by officials from Vincent Massey Secondary School of possible threats being made against students, teachers, and staff.

Police say they immediately began an investigation into the matter, which led to the identification of the suspect, a 15-year-old student who currently attends the school.

The youth was taken into custody Sunday and now faces charges of uttering threats.

“We recognize how threats of this nature can be unsettling for students, staff, and their families,” said acting Deputy Chief Jason Crowley. “We take incidents like this extremely seriously and will continue to work closely with school boards to identify any individuals responsible and charge them accordingly.”

Police continue to investigate the incident and has deployed an increased police presence in and around the school.

It’s the second time in the past week that threats have been made against a Windsor high school. On Sept. 16, Holy Names Catholic High School was evacuated after an anonymous bomb threat. The WPS thoroughly searched the building, and after the threat was found to be false, cleared the scene.

Police encourage all parents to speak with their children about the severe consequences for making threats and to encourage them to report any threats of which they’re made aware.

Anyone with information about the threats against Vincent Massey Secondary School or Holy Names Catholic High School is encouraged to contact the Major Crimes Unit at 519-255-6700, ext. 4830, Crime Stoppers anonymously at 519-258-8477 (TIPS), or online at www.catchcrooks.com.