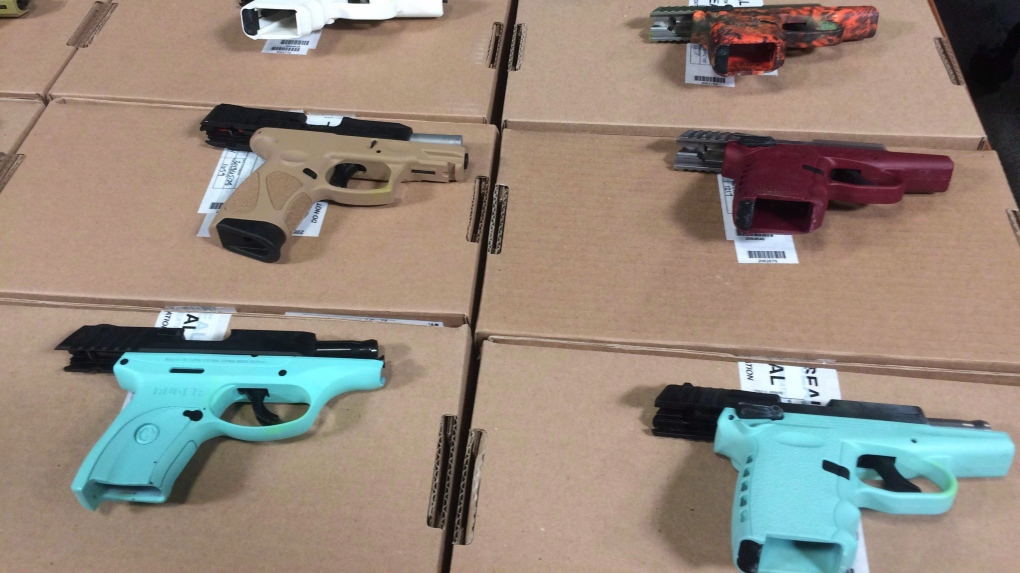 Seized firearms are seen on display during a Toronto Police Service press conference to update the public on the results of raids, which took place across the GTA on Thursday, in Toronto on Friday, June 22, 2018. THE CANADIAN PRESS/Peter Goffin

OTTAWA -- A new Statistics Canada report says the national homicide rate was its highest in a decade last year thanks to a spike in the number of deaths from guns and gang violence.

The report comes weeks after the federal Liberals and Conservatives rolled out competing plans for tackling the rise in gun and gang violence ahead of next year's election.

Statistics Canada says police reported 660 killings across the country last year, which was 48 more than in 2016, while the overall homicide rate rose to 1.8 for every 100,000 people.

That was the highest level since 2009.

The agency blames gangs for a steady increase in gun-related killings, which accounted for about 40 per cent of all homicides last year and which reached their highest rate in 25 years.

So far in 2018 in Windsor, there have been 10 murder investigations which have resulted in charges in nine homicide cases as well as a charge of manslaughter.

There have been nine shootings in Windsor this year, three of them deadly.

There have also been two Windsor police-involved shootings in 2018. Both are still under investigation by the Special Investigations Unit.