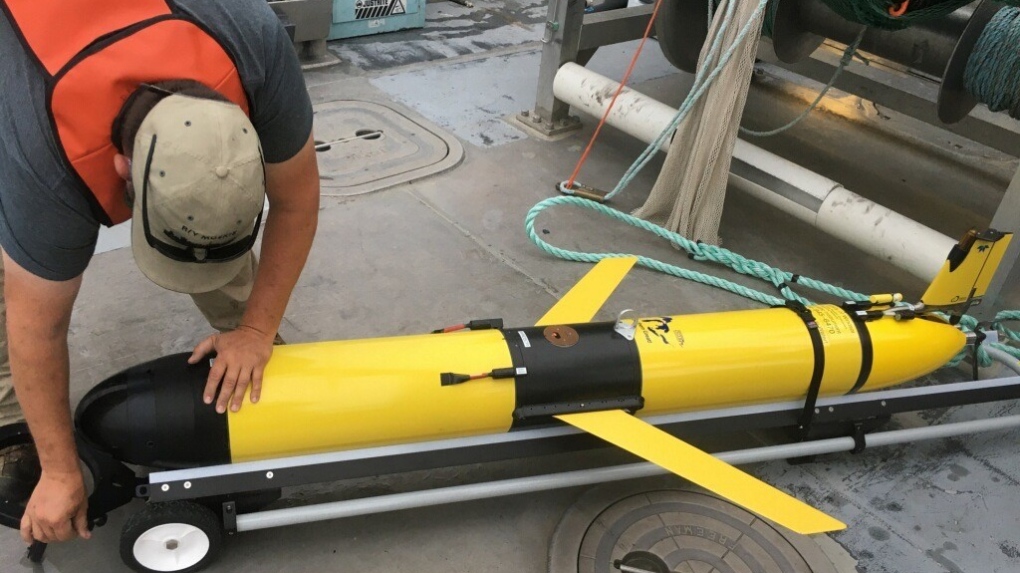 WINDSOR, ONT. -- Researchers at the University of Windsor have been using an underwater robot to study harmful algal blooms and low oxygen levels in Lake Erie.

Researchers at the Real-Time Aquatic Ecosystem Observation Network (RAEON) have worked with partner institutions in the United States to deploy an autonomous underwater vehicle (AUV), a news release from the university states.

They’ve named the AUV The Cormorant which is being used to collect vital data relating to harmful algal blooms and oxygen levels in Lake Erie.

“The Cormorant has been a vital alternative to scientific cruises, surveys, and other fieldwork,” said Katelynn Johnson, director of RAEON. “It can be deployed for weeks and months at a time, providing continuous data that can’t be collected with normal sampling methods by scientists aboard ships.”

RAEON is headquartered at the University of Windsor is funded by a $15.9 million grant from the Canadian Foundation for Innovation and the Ontario Ministry of Research and Innovation.

The University of Windsor says COVID-19 restrictions have made scientific fieldwork in the Great Lakes difficult, but the AUV has helped to fill that void. The Cormorant is a Slocum glider, a bright yellow, torpedo-shaped vehicle.

Scientists have used gliders to collect data from deep ocean waters, but RAEON is using the AUV in the shallow areas of Lake Erie, the news release said.

“2020 was to be a big rollout year for RAEON to support multiple research programs across the Great Lakes, but then the pandemic hit,” said RAEON science director Aaron Fisk, a UWindsor professor who holds a Canada Research Chair in Trophic Ecology, the study of feeding relationships among organisms in an ecosystem. “We are fortunate to be able to carry out a glider mission to provide needed data for research and models in Lake Erie.”

Dr. Frisk said RAEON plans to expand The Cormorant’s use along with other gliders for research across the Great Lakes.