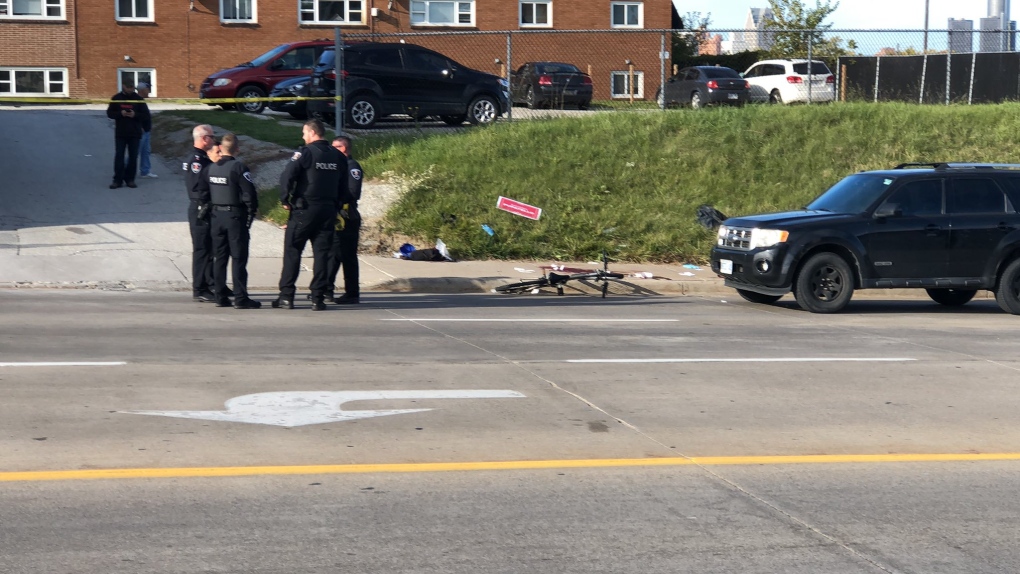 WINDSOR - Windsor police say they’re investigating a homicide after a stabbing claimed the life of a man.

Officers rushed to Tecumseh Road West and McKay Avenue about 3:30 p.m. Saturday and found a man with a stab wound.

He was taken to hospital with life-threatening injuries and later died.

A man who preferred not to be named says he provided first aid to a man in his 30s who had suffered wounds to his abdomen and neck.

Several neighbours tell AM800 News they heard a woman scream and ran to see what happened.

"At first I thought she hit the guy on the bike [with her car], but then we saw the guy and the bike were on the sidewalk and all the blood," says a witness who preferred to remain anonymous.

Police say two suspects fled the area on foot prior to officers arrival and have not been apprehended.

This is the city's fifth homicide of the year.

Police are seeking information from the public.