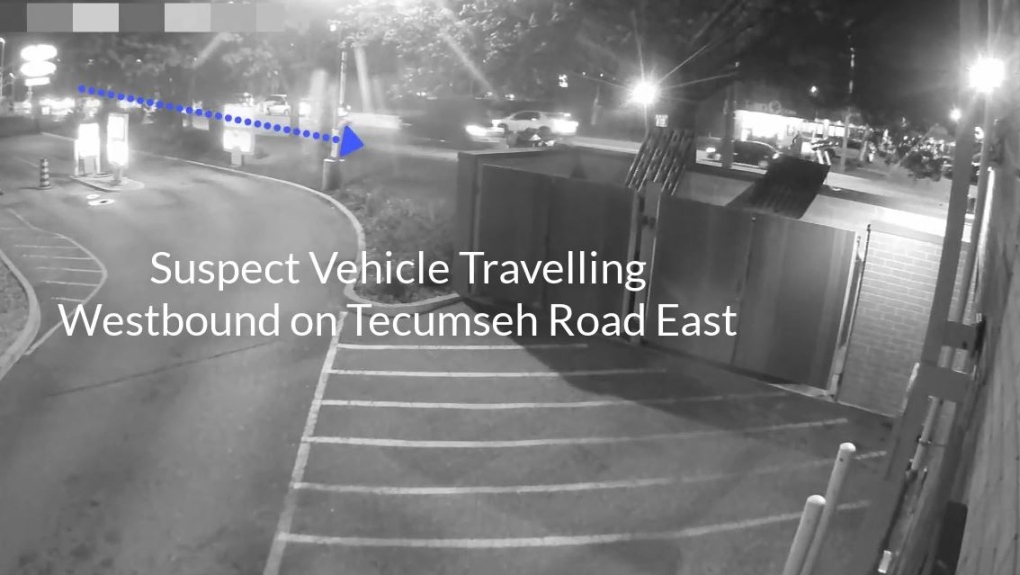 Windsor police are releasing surveillance video of a suspect’s truck wanted in relation to a hit-and-run crash involving a cyclist.

Officers responded to a report of an injury accident in the 9400 block of Tecumseh Road East, west of Forest Glade Drive on Friday, Sept. 6 around 8:50 p.m.

Police say a female cyclist was struck and sustained life-threatening injuries at the time of the collision.

Through investigation, officers were able to obtain video footage of the suspect vehicle just prior to the collision. Police confirmed that both the cyclist and suspect vehicle were travelling westbound at the time of the incident.

As seen in the video, traffic was heavy and there may be witnesses who have not come forward.

Police hope they may have vital information that could assist officers greatly in the investigation.

A passenger side mirror was located and seized at the scene as evidence.

The suspect vehicle is believed to be a full sized Ford F150 pickup truck, black in colour and would have been missing the passenger side mirror after the incident.

Investigators are encouraging the driver of the involved pickup truck to contact police.