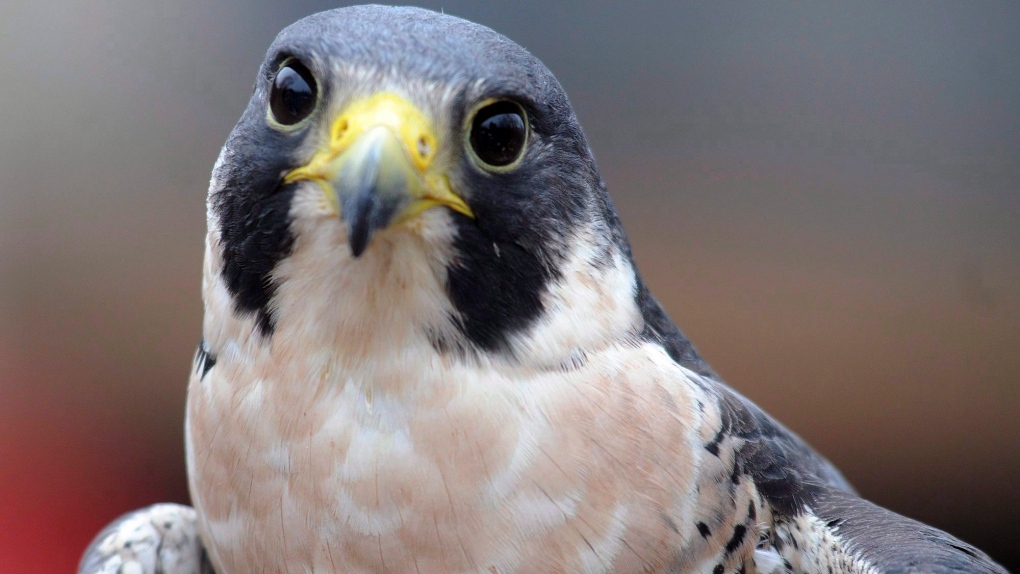 A Peregrine Falcon looks towards a photographer at the home of Julie Collier in Leverett, Mass., Dec. 22, 2014. (THE CANADIAN PRESS/AP Photo/Daily Hampshire Gazette, Carol Lollis)

WINDSOR, ONT. -- Peregrine falcons are once again gracing the Windsor sky along the Detroit River.

Ornithologists and hobbyists are lifting their binoculars to catch a glimpse of the rare birds that nest beneath the Ambassador Bridge.

Daisy, Victor and young Rockette are the names of the falcon family being monitored this season by the Canadian peregrine foundation.

For several years, volunteers have kept a watchful eye on the once-endangered birds of prey as the chicks brave themselves to take flight.

Director Marion Nash reported to the group’s website in June that only one chick hatched at the Windsor nest this year.

This evening, a couple from Amherstburg came to town to try and see the "bazaar" of falcons.

“That’s something you don’t see very often so you really would have to come to a spot like this to see it,” says ornithology enthusiast Janice Pelan. “There’s other cities that you might find one, but city buildings, things like that. It’s not common, you’re not going to find it anywhere else probably in the county right now.”