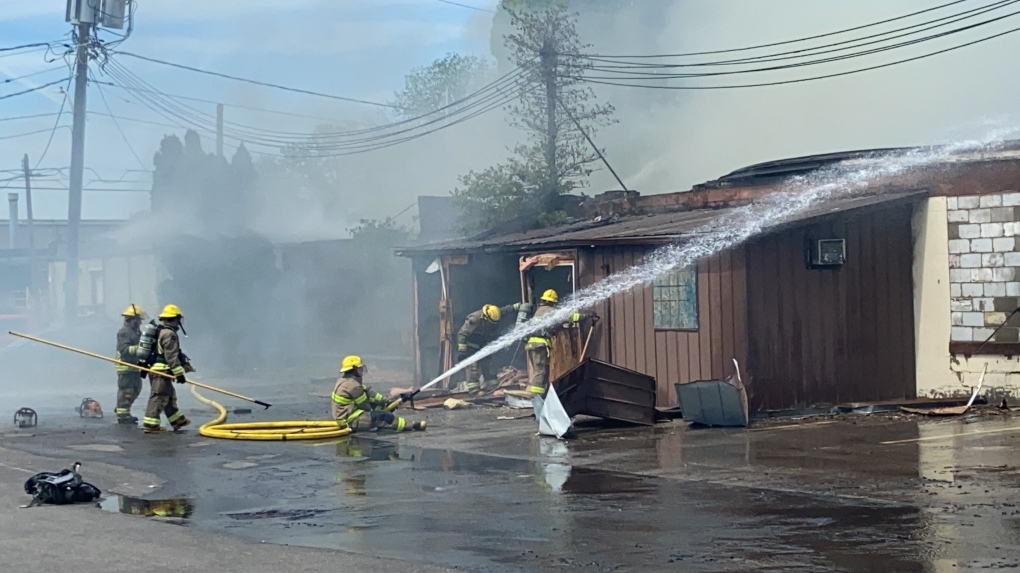 Firefighters responded to the fire at 285 Inshes Ave. in Chatham-Kent on Wednesday, May 19, 2021. (Courtesy Chatham-Kent Fire).

Firefighters responded to the fire at 285 Inshes Ave at 9:08 a.m. Wednesday morning.

They arrived on scene to find a fully developed fire in unoccupied building already spreading rapidly to the neighbouring restaurant.

Firefighters worked quickly to stop the blaze from spreading to any other business,” said fire public educator Whitney Burk.

Another crew was called to assist with the fire. Firefighters used two aerial trucks and five lines to control the fire.

CK EMS were on scene providing rehab for firefighters and CK police evacuated a number of homes in the area.

“There is still heavy smoke coming from the structure, if there is smoke in your neighbourhood, close all doors and windows.” Said Burk.

There were no reported injuries at this time. The fire cause is currently under investigation by the CKFES prevention team.