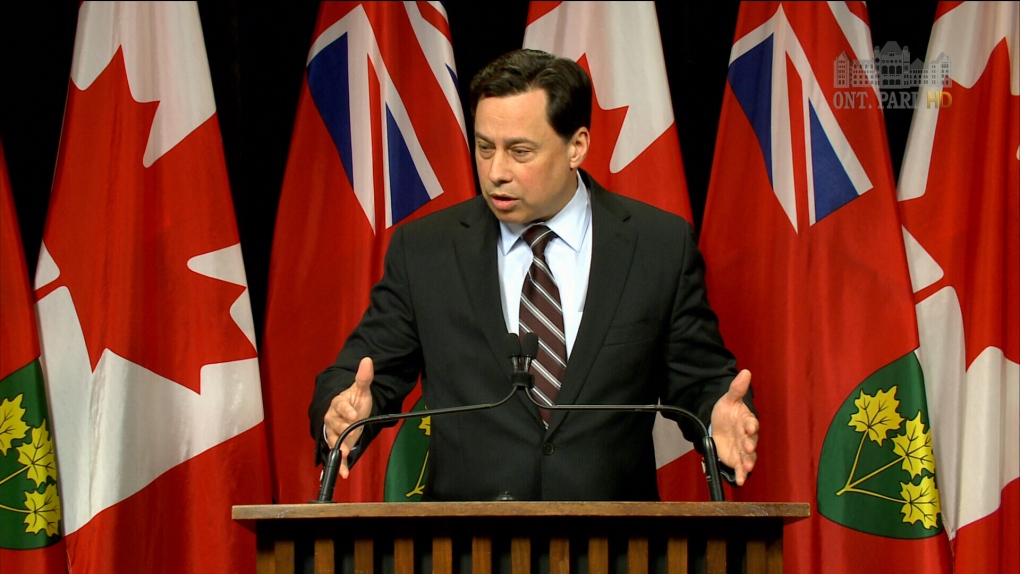 The Ontario government announces a plan to address the needs of people with disabilities.

TORONTO -- The Ontario government says its latest plan to address the needs of people with disabilities is meant to re-energize a movement that has lost momentum in recent years.

Brad Duguid, minister of economic development, employment and infrastructure, said Wednesday that the plan is aimed at bringing the province closer to compliance with the Access for Ontarians with Disabilities Act (AODA), which went into effect 10 years ago.

The latest batch of projects is being released at the half-way point between the act's implementation and the deadline to make the entire province accessible by 2025.

"I think that over the last couple of years, it's understandable, it's a 20-year program, we've seen a bit of a flag in momentum," Duguid said in a telephone interview.

"Well, as of today, I think we're successfully reinvigorating momentum with a number of new, ambitious programs."

Opposition critics, however, said describing recent years as a slowdown is an understatement.

"They haven't done a darn thing in the last 12 years," Conservative MP Jim Wilson said. "Businesses are still getting away with not having to be fully accessible, there's less policing than there was in the past, and I think the accessibility advocacy groups in this province must be terribly disappointed in this government."

Disappointment seemed too strong a term for David Lepofsky, head of the AODA Alliance that advocates for broader compliance. He commended the government for announcing new initiatives, but said there's still no movement on crucial issues like detailed accessible education plans or measures to improve access to older buildings.

"These steps, while good, will not ensure either that we get to full accessibility by 2025 or even that we get back on schedule," he said.

Many of the efforts detailed in the action plan are geared towards making businesses more accessible to both future customers and prospective employees.

The plan calls for the government to spend $9 million over the next two years on a program dubbed Valuing Ability, which will provide job training for disabled post-secondary graduates, offer resources to businesses that want to become more accessible and promote the need to make workplaces more inclusive.

The government also plans to launch a loan program to reward companies that both hire and retain disabled staff.

The project would target small and mid-sized businesses by offering commercial loans at interest rates that decrease with every disabled person added to the payroll and kept on staff for a certain period of time.

Details for the loan program and many of the other initiatives have not yet been finalized, but Duguid said the projects will get off the ground as soon as possible in order to fully implement the AODA's employment standards by 2017.

"This isn't a 10-year plan. This is really a 12-month plan that gets us going into the next decade with a lot of momentum behind us," he said.

The action plan also promises to introduce a third-party certification program to recognize accessible businesses. Duguid said the program will be modeled after the international LEED certifications for businesses that embrace environmentally friendly initiatives.

Other projects include an effort to make all government documents and appeals processes accessible and a partnership with an undetermined private sector company to at least triple accessibility compliance audits. The government slashed the number of 2015 audits to 1,200 from 2,000 last year.