New research centre officially opens at the University of Windsor 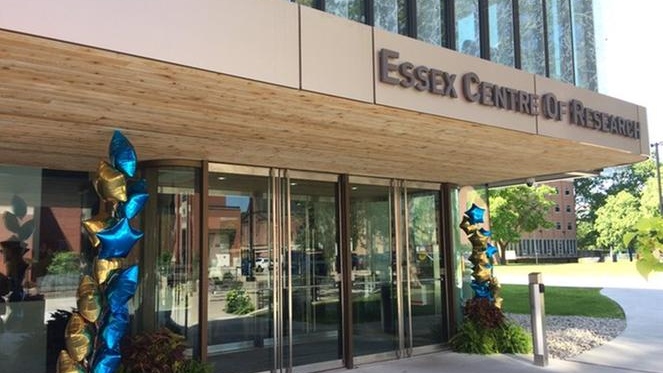 The Essex Centre of Research at the University of Windsor is now officially open.

A ceremony was held Wednesday to officially open the 46,000 square foot facility, also known as CORe, which is attached to the south side of Essex Hall.

“If I had to write out the equation for success, it would be aesthetically stunning space, plus brilliant state of the art functionality, plus University of Windsor human ingenuity equals unlimited research potential,” said the school’s interim president Douglas Kneale.

The CORe features three floors of state-of-the-labs to conduct research. It also features several windows, so people walking through the building can see what researchers are doing.

The federal government contributed $15 million while the province kicked in $2.5 million and the school covered the final $12.8 million of the cost.

The facility has been opened since December 2018, but a ribbon cutting ceremony was held Wednesday to coincide with a visit by Canada’s Minister of Science and Sport Kirsty Duncan.

Duncan also announced the next phase of the New Frontiers in Research Fund.