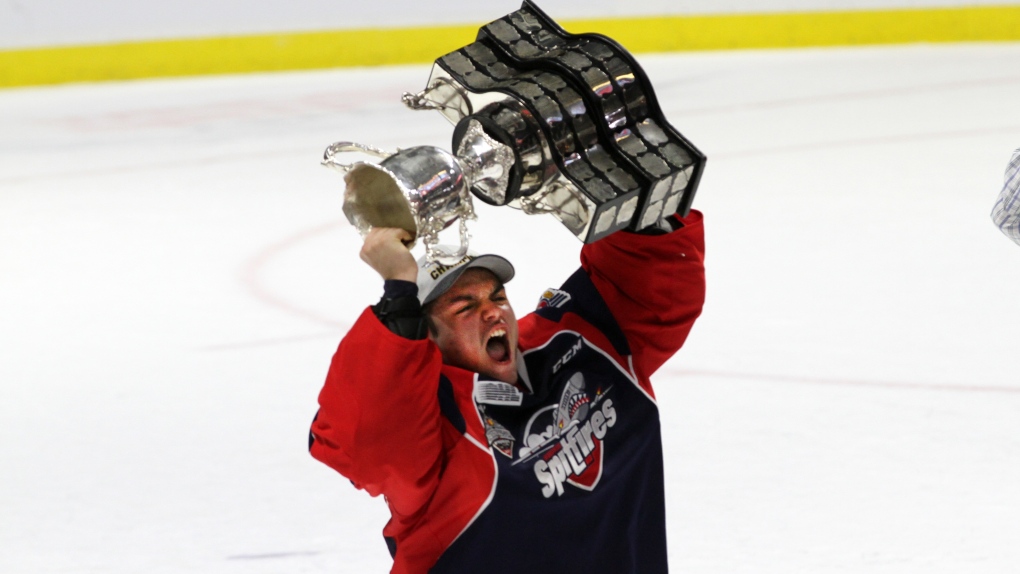 Michael DiPietro hoists the Memorial Cup after the Windsor Spitfires defeated the Erie Otters in the final of the 2017 Mastercard Memorial Cup in Windsor, Ont., on Sunday, May 28, 2017. (Melanie Borrelli / CTV Windsor)

The Memorial Cup is going on an extended tour around Ontario and Michigan.

The Windsor Spitfires are allowing players from their championship team to take the trophy to their hometowns.

“I see it basically every day,” says DiPietro. “For the guys who don't have the privilege to see it as much as I do, this tour really allows them to reconnect with the cup and realize that all of our hard work did pay off in the end.”

The Spits believe this will be the first time ever that junior hockey champions will be able to bring the Memorial Cup to their hometowns.

The tour of begins Aug. 5 in Hamilton and wraps up on Aug. 13 in Rochester Hills, Mich.