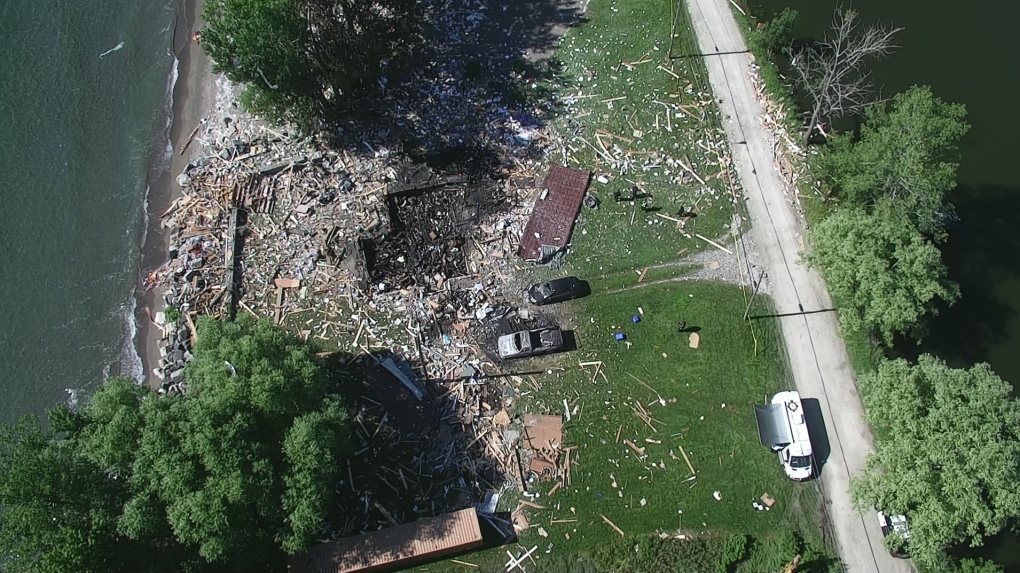 An aerial image of a house explosion that claimed the lives of two people in Marentette Beach in Leamington, Ont. (source: Ontario Fire Marshal)

WINDSOR, ONT. -- The Office of the Ontario Fire Marshal has now completed their investigation into last Sunday's explosion in Leamington.

A home in Marentette Beach exploded on July 12, claiming the lives of two people.

A spokesperson for the fire marshal's office says their work at their scene is now done, but they aren't yet ready to say what caused the explosion.

Manny Garcia says they searched Lake Erie for a portion of the propane distribution system, but were unsuccessful.

He says the investigation will continue.

Diane and Dave Nadaline are believed to have been inside the home at the time, along with their two dogs.