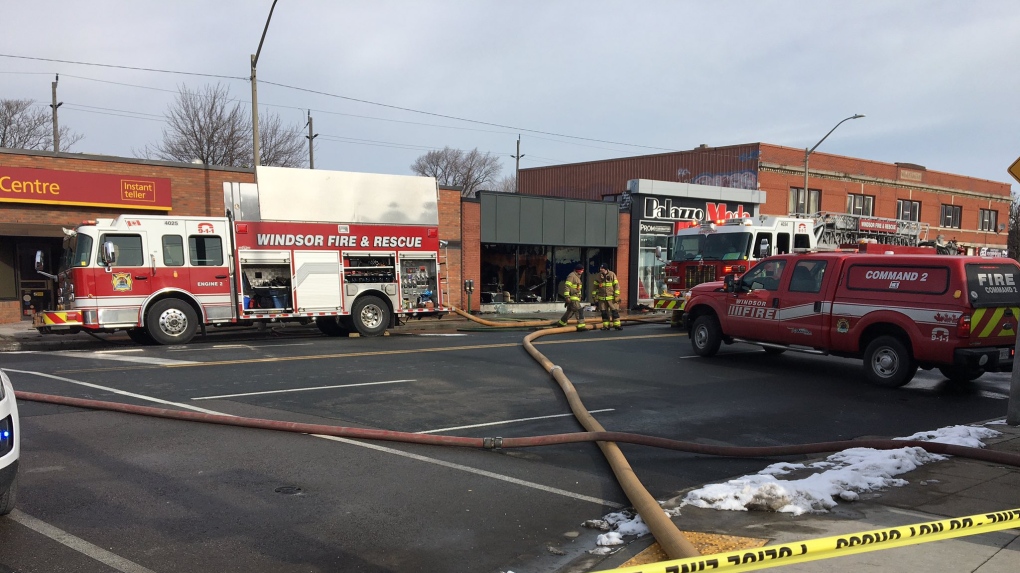 WINDSOR -- The owner of a Windsor print shop CTV News says he is shocked and devastated after a second fire at their business.

Crews responded to the 1600 block of Tecumseh Road East for a working fire at Hogan’s Printing on Sunday at 7:20 a.m.

Owner Dan Hogan issued a statement saying, "whatever evil was the perpetrators of this, didn't consider that there are approximately 30 to 40 people who are out of work and can't make a living by this senseless act."

He says the business allowed them to raise money for local charities including the Windsor Regional Cancer Foundation.

He goes on to say they are committed to serving the community and its amazing customers.

About 15 months ago, Hogan’s Printing was hit by fire at its Drouillard Road location.

That fire caused $500,000 in damage and forced the business to move to the Tecumseh Road location.