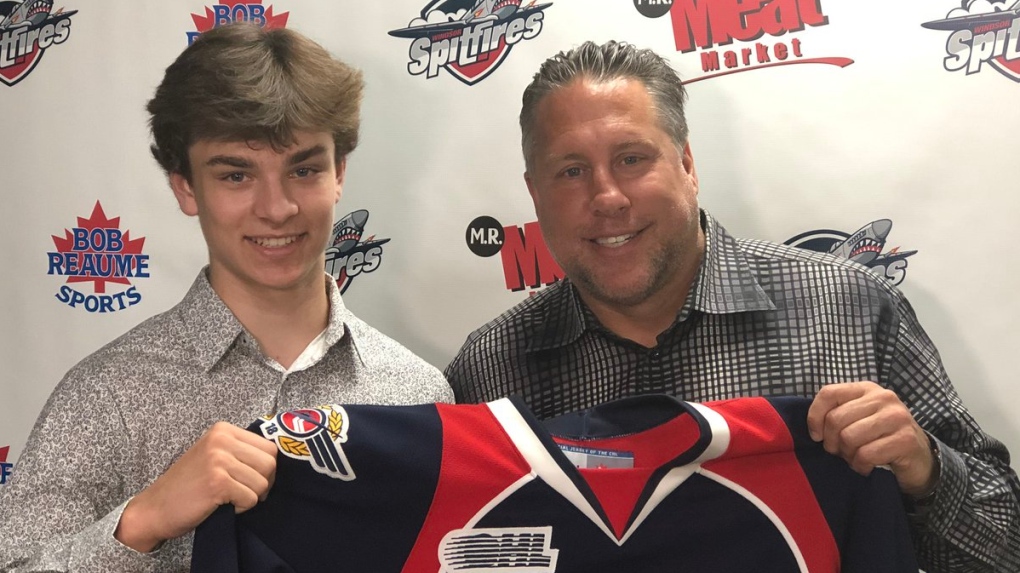 The Windsor Spitfires have added another weapon to their roster.

Johnston, 16, was the 6th overall selection in April, following an outstanding season with his hometown Toronto Marlboros Minor Midget AAAs. The centre scored 48 goals and added 46 assists in 73 games.

"I'm a smart player, I can find my teammates, I'm a pretty good skater, I'm quick and agile and I can also put the puck in the back of the net," said Johnston during an introductory news conference on Tuesday.

Johnston did not commit to the Spitfires after the draft and failed to attend the team’s spring mini-camp. Johnston admitted it was due to the uncertainty with the OHL team’s ownership.

“There was just a lot of uncertainty around draft time so I was just listening to my adviser and trusting him to make the right decision," said Johnston. "Now that the ownership has cleared up, I'm really excited to take the next steps and getting to play in Windsor."

Rychel says the 6-foot, 164-pound centre is an elite talent.

“Wyatt has all the skills you could ask for in a young forward,” Rychel said. “He's an extremely intelligent player and a dual threat scorer and playmaker that is dangerous every time he's on the ice.”

Johnston's commitment comes less than one week after the Spitfires signed highly touted prospect Egor Afanasyev and Rychel feels they will have a good team on the ice.

"We've got a nice collection of young players mixed with some good older players and I think you're going to see a significant improvement," said Rychel.

Rychel says management will now head to the NHL Draft in Vancouver this weekend and prepare for the CHL Import Draft next week.