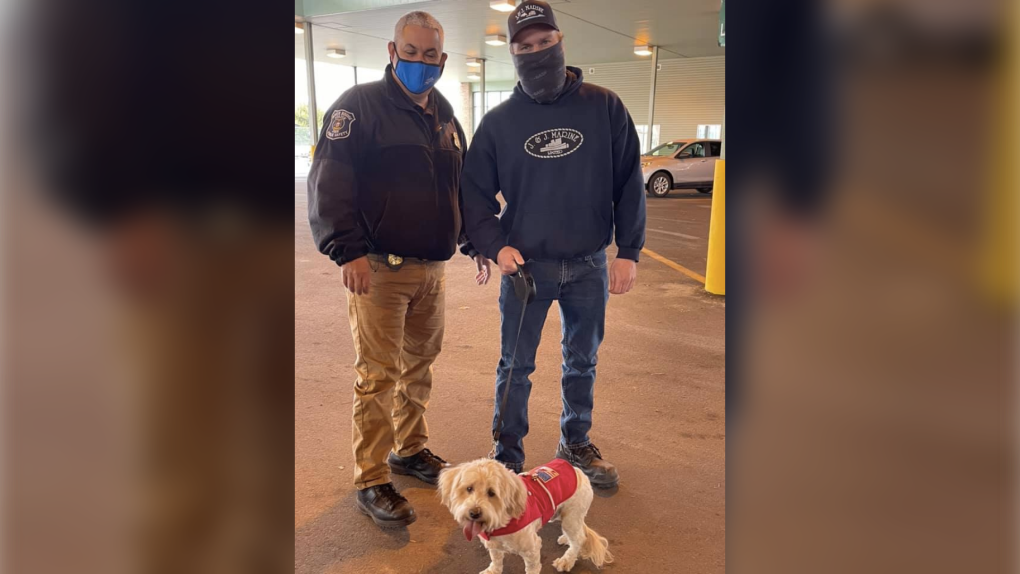 WINDSOR, ONT. -- A dog who was rescued after being stranded on the ice in the middle of the Detroit River has found his forever home with the man who saved him.

When Jude Mead, director of J&J Marine in LaSalle, heard about the fluffy dog’s dilemma he took a boat out on the river to help with the search, picking up the pup near Mud Island, CTV News previously reported.

“He dodged coyotes, eagles, coastguard ice breakers, frigid temps, and he even fell into the river and climbed back up on the ice,” Friends of the River Rouge Animal Shelter said in a Facebook post. “This went on for four days with so many on the shore fearing he wouldn’t survive.”

Before Mead went out on the river, several calls were made and no one seemed able to help. A large group of concerned supported gathered around the river in Ecorse, Mich., where they watched the dog on the ice “all alone in peril," the shelter says.

After the dog had been stranded for four days, Mead successfully saved the pup who will now be his newest four-legged family member,  ‘Miracle.’

The pooch earned  his namesake as it is “absolutely a miracle” he is alive, the shelter says.

“Today the story came full circle,” the post said. “Today the little miracle dog was placed into the hands of the hero who saved his life.”

While Friends of the River Rouge Animal Shelter says there were many applications to adopt the resilient pup, the organization decided the best fit for Miracle would be with the man who saved him.

The shelter thanked all of those who played a role in helping Miracle including Woodhaven Animal Hospital who treated the pup after he was rescued and those who sent care packages and donations.

“We are all so grateful for this happily ever after ending to this amazing story, the post said. “Congrats Jude and family on the addition to your family! Happy life Miracle!”

Do you believe in Miracles? We do! Many of you will recall the story from back in February when a little fluffy and...

Posted by Friends of the River Rouge Animal Shelter on Friday, March 26, 2021