Court is now in session; a peek at the “new normal” in Ontario 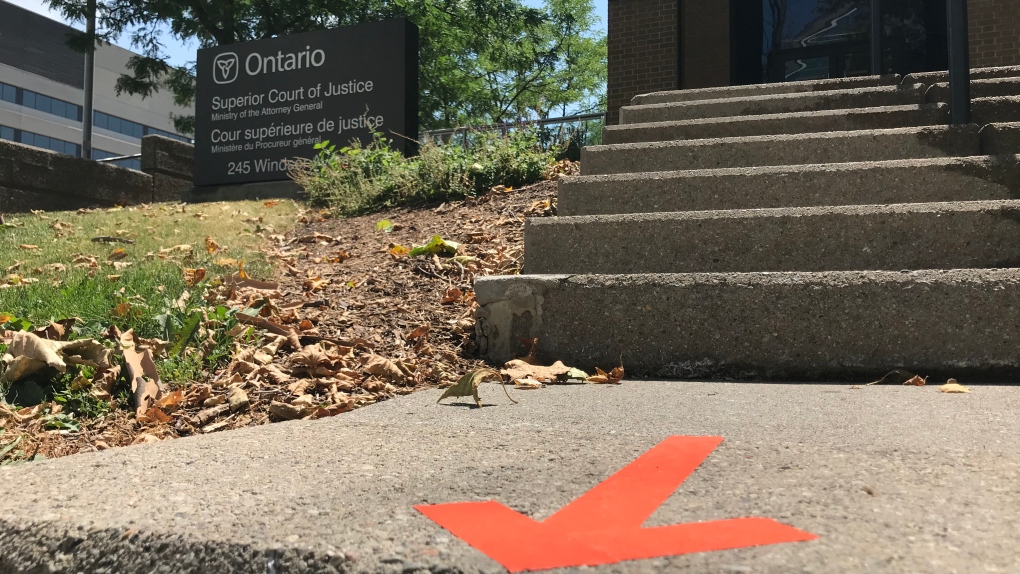 WINDSOR, ONT. -- As of Monday July 6, in-person proceedings have now resumed in 149 courtrooms across the province.

In Windsor, six courtrooms have been retrofitted, taking Covid-19 precautions into account.

Four are in the Ontario Court of Justice; two in the Superior Courthouse.

“In 25 days, we did 25 years of modernization,” according to Samantha Poisson, a spokesperson with the Ministry of the Attorney General (MAG).

Poisson tells CTV News this is just Phase 1 of this ministries reopening plan.

In addition to the traditional security screening, everyone will have to do a health screening before being allowed into the courthouse.

And, everyone, including judges, lawyers and clerks must wear a face covering at all times while inside the court building.

There is a limit on how many people can be in the elevators and galleries of each courtroom and the vast majority of seats are no longer in use.

In Windsor, the Commissionaires private security company will be enforcing the Covid19 measures.

A video, provided by the MAG, of a Brampton courthouse and courtroom, shows all the new measures added to Ontario courts.

“We've had technicians go in, behind the plexiglass installation, to do confident monitoring of the audio system. So we’re feeling as though the audio uplift has been corrected to the degree possible in light of the multiple pieces of plexiglass.” Says Poisson.

She says jury trials will not be resuming until September “at the very earliest” as that will require many stricter safety protocols to be implemented.