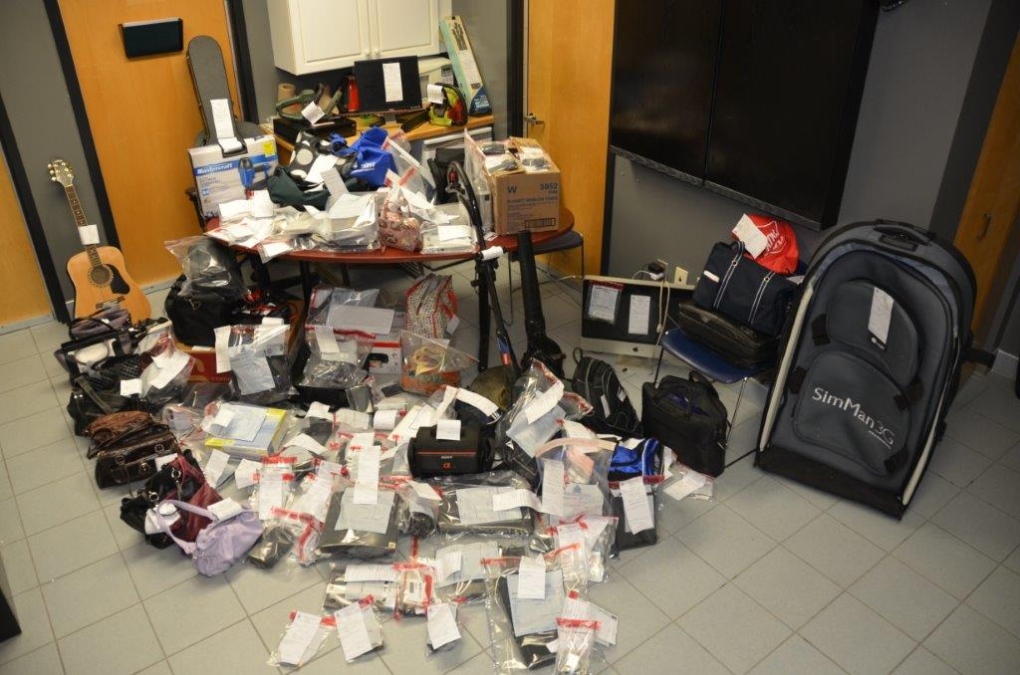 A Chatham couple is facing 83 charges after in connection with 35 home break-ins over two years.

Police say included in the stolen items were several shotguns, rifles, a handgun and ammunition.

A large number of these break and enters were committed during the early morning hours when the homeowners were in bed sleeping, say police.

On Aug. 15, 2015, Chatham-Kent police responded to a residential break and enter on Randolph Crescent in Chatham.

Officers conducted two search warrants at a residence on Pearl Crescent in Chatham.

Police say a large quantity of stolen property was seized and two people were arrested.

Members from the community patrol branch and intelligence unit identified property from over 35 break and enters in Chatham that took place between 2013 to August of 2015.

Benjamin Polyak, 33 years and Ashley Rossignol, 21 years, both of Pearl Crescent in Chatham have been charged with 83 criminal offences including break and enter, possession of stolen property and gun related charges.

Both remain in custody pending a future court date.