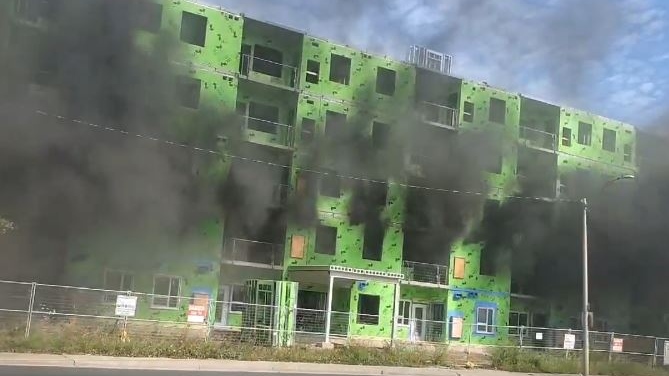 Crews were called to the fire on Wyandotte Street at Crawford in Windsor, Ont., on Thursday, Aug. 22, 2019. (Courtesy Robert Rammeloo / Facebook)

Damage is estimated at $10,000 after a fire at a construction site for an apartment building.

Crews were called to the fire on Wyandotte Street at Crawford on Thursday morning. The intersection was closed, but has since reopened.

Fire officials say it was accidental and construction related.

The blaze broke out on the second floor.

I'm not certain yet what's happened here but firefighters are in this under construction building at the moment. A couple of engines have left so, everything appears to be under control @CTVWindsor to pic.twitter.com/57SBmgRgRG