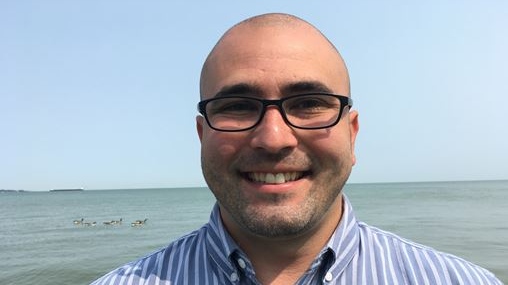 Lemay maintains that the popular location is in need of some much needed “TLC.”

On the campaign trail – area residents want to see improvements made to the family-oriented feature of community. It’s potential has not been reached.

“You know, it’s become almost like – I don’t want to say – a dumping ground,” said Lemay. “It’s not beautiful the way it was when I was a kid. It was something that we used, and it was great to use. It was clean for the most part, and I think that we’ve been lacking on it.”

In surveying the riverfront public property, Lemay maintains that the aging and incomplete break-wall is a concern. In addition, he notes, that some parts of the have become a depot for garbage.

For constituents, it’s a priority that needs to be addressed sooner than later. Lemay is in agreement and believes that enhancing Sand Point Beach for area residents will also benefit Windsor-Essex.

“It’s a sticking point for folks,” said Lemay. “They want it done. They want it cleaned up. They want to use it – and again it’s all about improving the quality of life.”

The Ward 7 by-election is slated for Monday, Oct. 5.