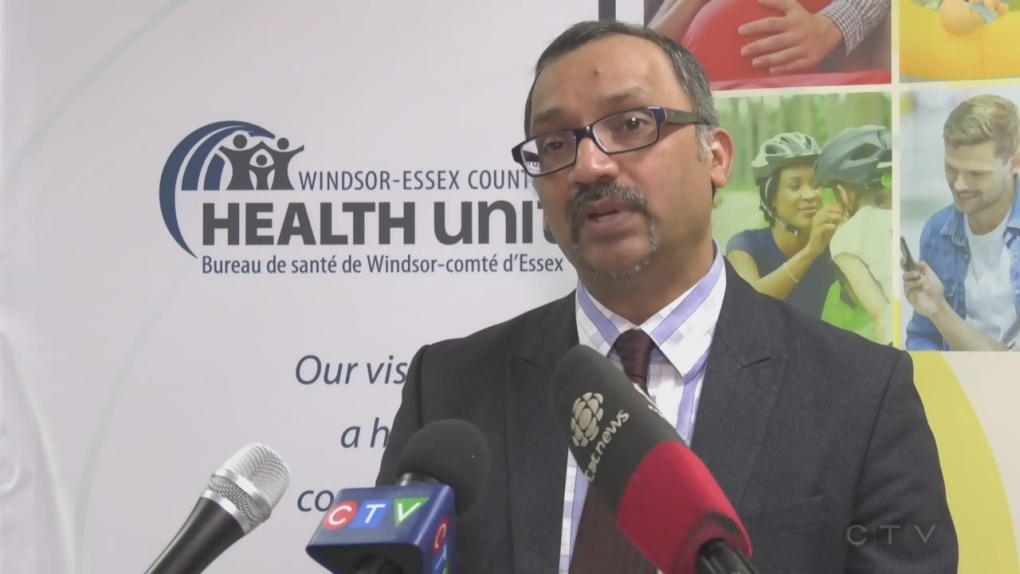 LONDON, ONT. -- Only a few hours after announcing the first positive case of COVID-19 in the Windsor-Essex region, the medical officer of health confirmed a second one.

Unlike the first case in which there was international travel, the second has no such history, said Dr. Wajid Ahmed.

The second case involves a man in his 20s who works in a healthcare facility in Michigan and resides in Windsor and Essex County.

He developed symptoms on March 15 and was tested at the healthcare facility through which he is employed in South East Michigan on March 17.

Officials say he has been self-isolating and is recovering at home with mild symptoms.

Close associates of the client have been contacted and are self-isolating and have no symptoms.

WECHU has been in contact with the Medical Officer of Health for Detroit Public Health and is actively involved in contact tracing and case management.

“I want to assure the residents of Windsor-Essex that the WECHU is working diligently for your protection. Our staff are working seven days a week following up with all the individuals who are self-isolating, answering calls and providing assessment and support to residents and healthcare providers,” said Ahmed.

Laid off due to COVID-19? Don't expect government cheques right away