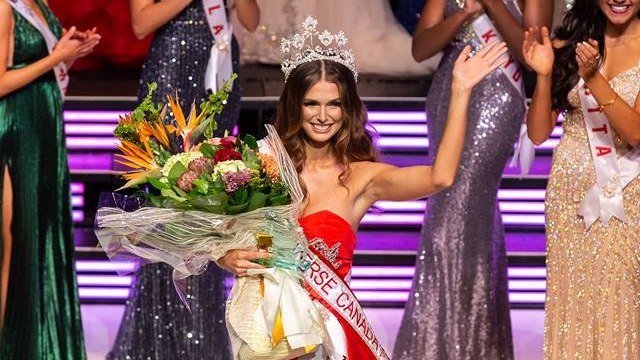 A 24-year-old Windsor woman is the new Miss Universe Canada.

Marta Stepien won the title on Saturday night at the Toronto Centre for the Arts.

There were 44 women from across Canada competing for the crown. Camila Gonzalez of Toronto was the first runner-up.

Stepien was born in Warsaw, Poland and was raised in Windsor.

Her bio on missuniversecanada.ca says she is entering her last year of her biomedical engineering technology studies at St. Clair College, and is working as an applied researcher, and model.

She also represented Canada at Reinado Internacional del Café 2018 (Miss International Queen of Coffee), where she placed first runner up.

Stepien will represent Canada at the Miss Universe 2018 pageant in Thailand in December.