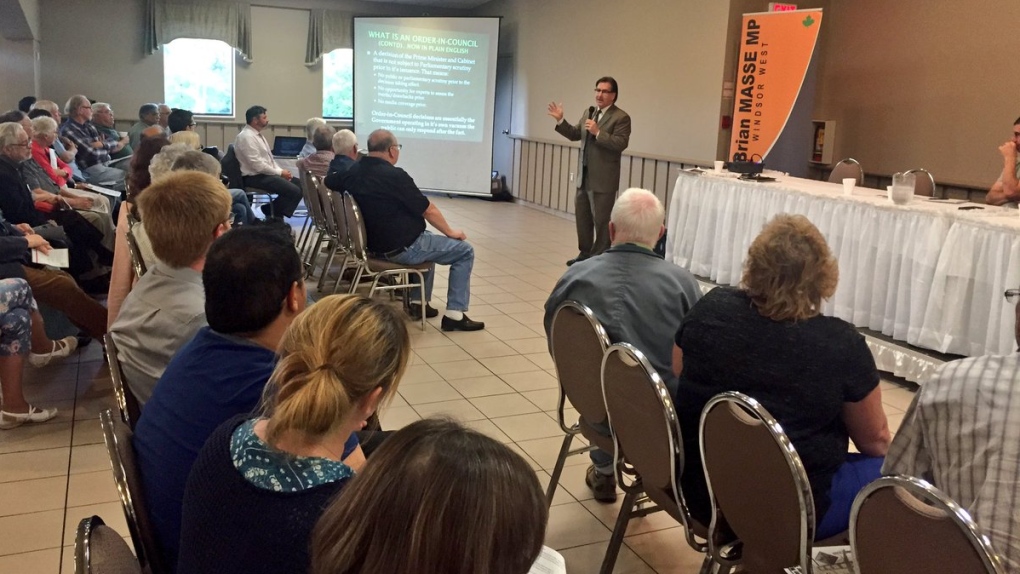 Windsor West MP Brian Masse says he is not giving up in his search for answers about the approval for a new Ambassador Bridge.

The New Democrat MP held a public meeting at the Fogolar Furlan Club on Wednesday to gather input from residents and take their questions to Ottawa.

About 200 people attended the meeting. Some questioned if the new span is being rushed.

The federal government last week announced approval of a permit to build a new bridge to replace the 87-year-old crossing. It is considered the last major hurdle for the Detroit International Bridge Company to begin construction.

Masse has been critical of the approval, and the way it was announced, suggesting a lack of transparency.

Residents also raised concerns about traffic in west Windsor and the impact on house values in Olde Sandwich Towne.

Masse tells CTV Windsor the federal government has been 'abusive' in the process.

“My interaction with Transport Minister Marc Garneau has been very short of disappointing to say the least,” states Masse. “His office says this is a regional issue, but this is a trade issue of national importance.”

Masse points to the fact 30 per cent of trade between Canada and the United States passes through Windsor.

Masse says he still has more questions that he wants answers to.

“We were told for many years that we didn’t need a new bridge, now we have two,” says Masse, referring to the construction of the Gordie Howe International Bridge.

Ambassador Bridge president Dan Stamper tells CTV Windsor they are motivated to get a new $1-billion crossing built by 2020. But Windsor Mayor Drew Dilkens says construction cannot begin right away due to the conditions on the project.