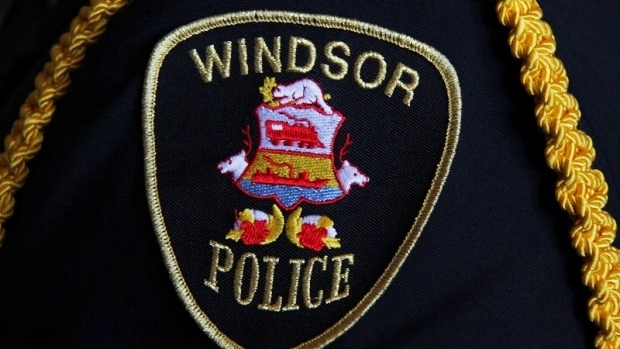 Windsor police say one man has died and a woman sustained life-threatening injuries after a vehicle and motorcycle crashed Saturday night.

The Windsor Police Service Traffic Enforcement Unit is investigating the collision that happened around 10 p.m. in the 200 block of Riverside Drive West.

When officers arrived they immediately tended to the adult male motorcyclist and his adult female passengers.

Emergency personnel also attended the scene and transported both the man and woman to the hospital for life-threatening injuries.

Police say the 31-year-old motorcyclist from LaSalle succumbed to his injuries.

The WPS Accident Reconstruction Unit attended and processed the scene.

Currently no charges have been laid, but police say the investigation is ongoing.

Police are asking anyone who may have witnessed the collision but has yet to speak to police are encouraged to contact them.

Anyone in the area of the 200 Riverside Dr. West area with surveillance or vehicle dash cameras that could have captured the incident are asked to check their footage for possible evidence.

Canada's health care system is not working as well as it should and that has to change, Prime Minister Justin Trudeau said Tuesday as he prepared to meet the premiers to work on a new health-care funding deal.

Search teams and emergency aid from around the world poured into Turkiye and Syria on Tuesday as rescuers working in freezing temperatures dug, sometimes with their bare hands, through the remains of buildings flattened by a magnitude 7.8 earthquake. The death toll soared above 5,000 and was still expected to rise.

China said Tuesday it will 'resolutely safeguard its legitimate rights and interests' over the shooting down of a suspected Chinese spy balloon by the United States, as relations between the two countries deteriorate further. The balloon prompted U.S. Secretary of State Antony Blinken to cancel a highly-anticipated visit to Beijing this week that had offered slight hopes for an improvement in relations.

John Benoit of West Jeddore, N.S., says he has been beachcombing for over 50 years, but his most recent discovery -- a Killick anchor -- is by far his most memorable.

Will Biden's second state of the union mark a less protectionist approach to Canada?

A new poll suggests a majority of Canadians still see the United States as their country's closest ally, even in an age of isolationism and protectionist policies.