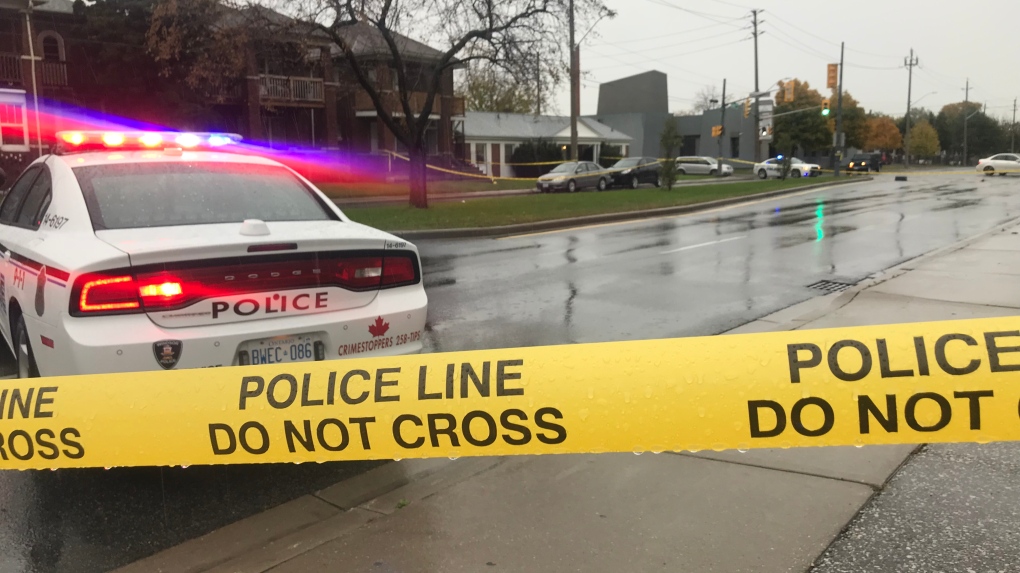 Police have taped off a section of Giles Boulevard in Windsor, Ont., on Thursday, Nov.1, 2018. (Rich Garton / CTV Windsor)

WINDSOR -- A Windsor man has pleaded guilty to manslaughter in his brother’s death.

Isaiah Calero, 20, was first charged with second-degree murder, but AM800 News reports he pleaded guilty to manslaughter on Friday, in the stabbing death of 25-year-old Jerson Calero.

Court heard Isaiah stabbed his older brother five times after an ongoing argument at a home at Giles Boulevard near McDougall on Nov. 1, 2018.

Defence lawyer Dan Scott says the guilty plea to manslaughter means there was no intent to kill. He says intoxication reduces murder to manslaughter.

Scott says he will be asking for a four-year prison sentence.

Calero is out on bail. Sentencing is scheduled for Jan. 10.