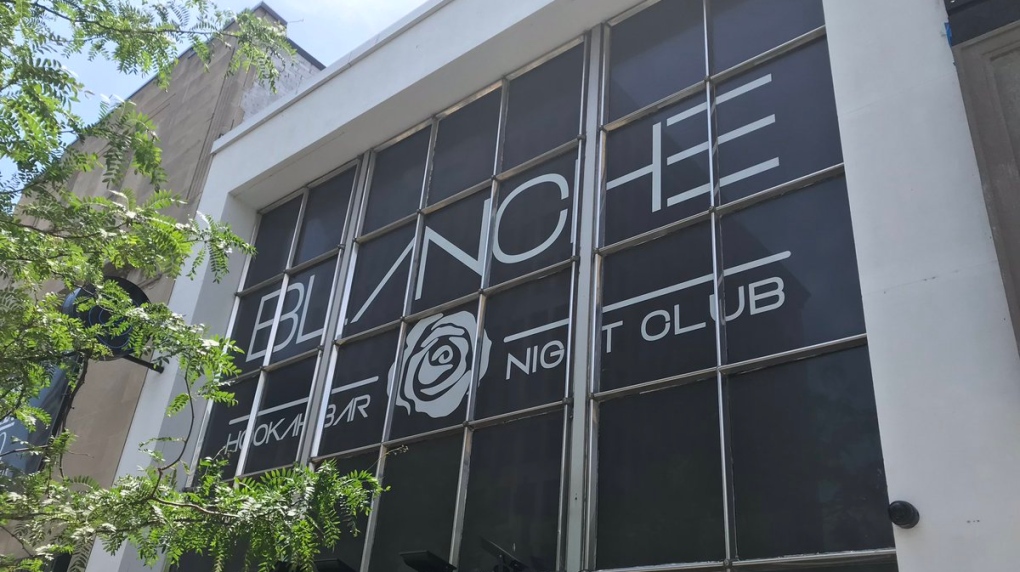 The AGCO says the liquor licence at Blanche has been suspended for 18 days until June 27, 2019. ( Angelo Aversa / CTV Windsor )

A downtown Windsor bar has had its liquor licence suspended for 18 days by the Alcohol and Gaming Commission of Ontario.

The owners of Blanche at 487 Ouellette Ave lost their licence because the AGCO alleges employees quote "engaged in practices that encouraged immoderate consumption."

The AGCO says the infractions were observed twice by enforcement officers last December.

The AGCO says guests were drinking alcohol straight from bottles and pouring liquor into the mouths of other customers.

The club was also over capacity on one of those occasions in December when there were 116 people inside the bar that is licenced for only 100 people.

In a tweet to CTV News Windsor, bar management say they are taking advantage of the down time and renovating the establishment to accommodate up to 240 people.

Blanche is scheduled to reopen on June 29.