'We’ll gladly keep our kids at home': Some parents wonder if new school lockdown is needed

WINDSOR, ONT. -- With three Windsor-Essex schools experiencing a COVID-19 outbreak, some parents are beginning to wonder why a system-wide lockdown hasn’t been brought in as it was in the spring.

On Wednesday, Luis Mendez, a father of three and Windsor business owner, took to his Facebook page to call for schools to be closed and decry the seemingly mixed messages sent by government and health officials.

“The government shut the schools down back in March with fear of the spread! They said it was for the safety of the kids,” wrote Mendez. “The point is the government said a lot of things back in March that all the sudden don’t seem to matter today.” 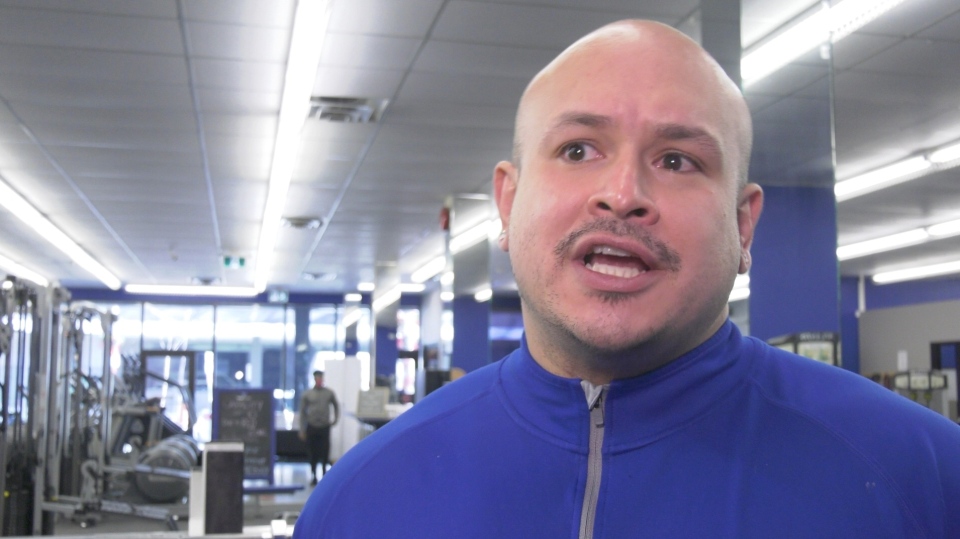 Mendez’ post generated several comments in agreement including one post which said, “If it is OK for these kids to go to school, then small businesses should be left open.”

Mendez owns and operates True Fitness in Windsor and sees the public health restrictions as being unevenly applied.

“Stop picking on the restaurant and fitness industries,” Mendez continued in his post. “Shut the schools down already.”

“What’s changed since March? Why are we not shutting down schools now? When we look at the cases, every week it seems like we have cases and outbreaks at different schools,” Mendez told CTV News.

According to Dr. Wajid Ahmed, the medical officer of health for Windsor-Essex, health officials are prepared to manage cases in a way they weren’t when schools were closed in March.

“The biggest difference would be the preparedness piece,” said Ahmed.

Here’s a map of school cases with the WECDSB and GECDSB.

According to Ahmed, the health unit’s investigation has found that the majority of transmission is not happening in the school but, at home.

“Most of the cases that we have seen in the school system, is the cases are brought into the school by students from their home,” said Ahmed.

While Corpus Christi remains open despite the declared outbreak, both Begley Public and W.J Langlois schools have been closed.

The WECDSB has dismissed an additional 10 classes due to COVID-19 cases.

Ahmed adds if the evidence shows transmission is happening within the schools, the health unit will not hesitate to act.

“If we have to take any immediate measure, we would,” said Ahmed. “Just like we did with Begley when we were investigating, we did find that there were some areas of concern that forced us to make that decision of shutting down the school.”

Mendez, and it appears several other parents, are frustrated by the measures.

“We’ll gladly keep our kids home. We’ll figure out that end of it,” said Mendez.

According to Mendez, his and seven other gyms have reported zero confirmed COVID-19 cases in their facilities in Windsor-Essex despite 65,000 visits in the 18 weeks since businesses re-opened following the spring lockdown.

According to Ahmed, officials are working to reach a balancing act.

While avoiding in-person classes may reduce the risk of contracting COVID-19, it is not a risk-free option.

“If you’re not sending your kids to school, there is a risk. You are putting them at a risk of putting them at a disadvantage of not [being] able to go through the learning process, to stimulate their brains,” said Ahmed. “They’re young minds. They learn a lot and any delay in learning it puts more pressure on them.”

On Thursday, Ahmed also noted the testing resources in Windsor-Essex are being stretched, with appointments sometimes taking up to three days to be scheduled.

While other districts, like those in Toronto, have employed asymptomatic testing in schools, Ahmed says discussions are ongoing to allow for that type of testing in Windsor-Essex.

“We’re also initiating that discussion with the ministry too to see if this is something that we can leverage and use,” said Ahmed.

Currently, only those meeting certain criteria are tested.

“As much as we want to support everything, we’ll have to ensure the system is ready and able to respond to it,” said Ahmed. “Short answer — yes, I would be interested but, we’ll have to find the right timing to do that.”