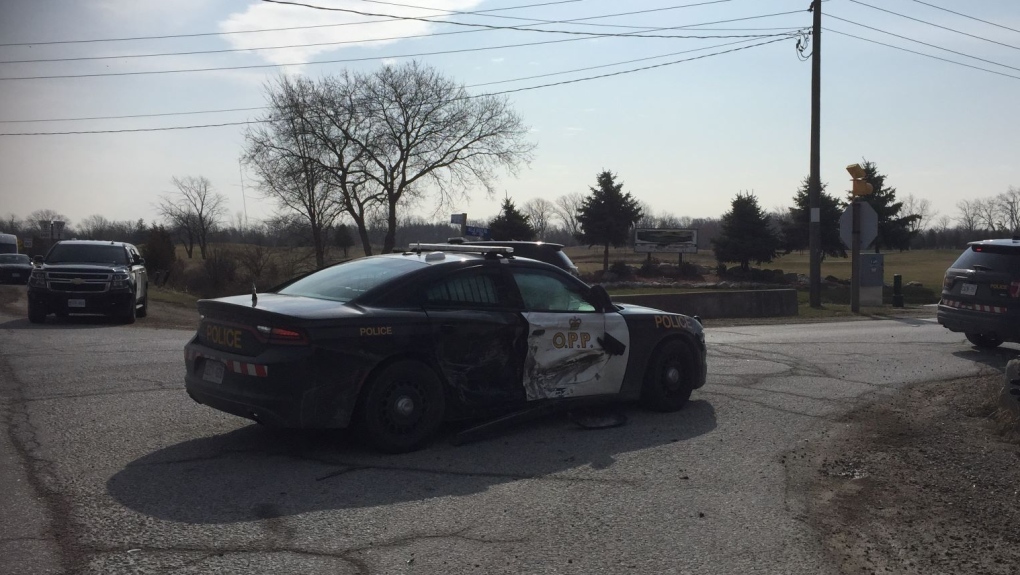 The crash occurred Thursday when police set up a road block at County Road 27, Belle River Road, at County Road 8 in an attempt to stop the two occupants.

The officer in the cruiser wasn't injured, but the suspects fled on foot into a field.

A man and woman were located and arrested after several officers and the canine unit converged on scene.

Earlier in the day OPP say officers broke off a pursuit with the pickup truck near Comber.

The driver fled at high rate speed after police attempted a traffic stop.