The Race for Your Vote: Chatham-Kent Leamington 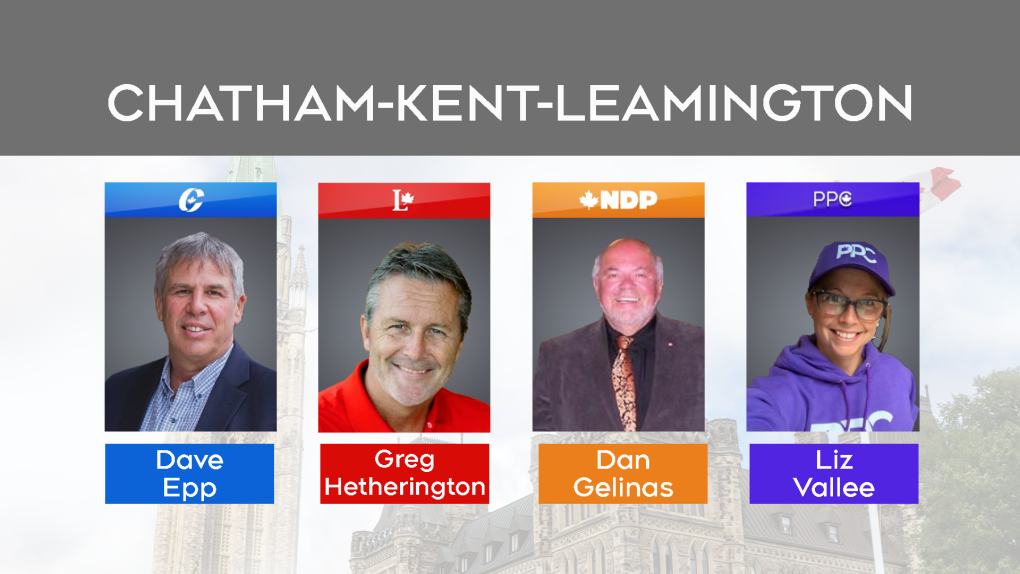 Epp won 47 per cent of the popular vote in the 2019 federal election where he replaced retired Conservative Dave VanKesteren.

Veteran radio station owner and broadcaster, Greg Hetherington, will run as the Liberal candidate in the riding of Chatham-Kent Leamington.

Dan Gelinas from Wheatley has been named the NDP candidate for Chatham-Kent Leamington. He says he supports the NDP election agenda put forth by party leader Jagmeet Singh. In his riding he says the main focus should be placed on the economy, jobs and infrastructure and high speed internet to help the farming community.

Liz Vallee, a personal trainer from Chatham-Kent, will run for the People’s Party of Canada.