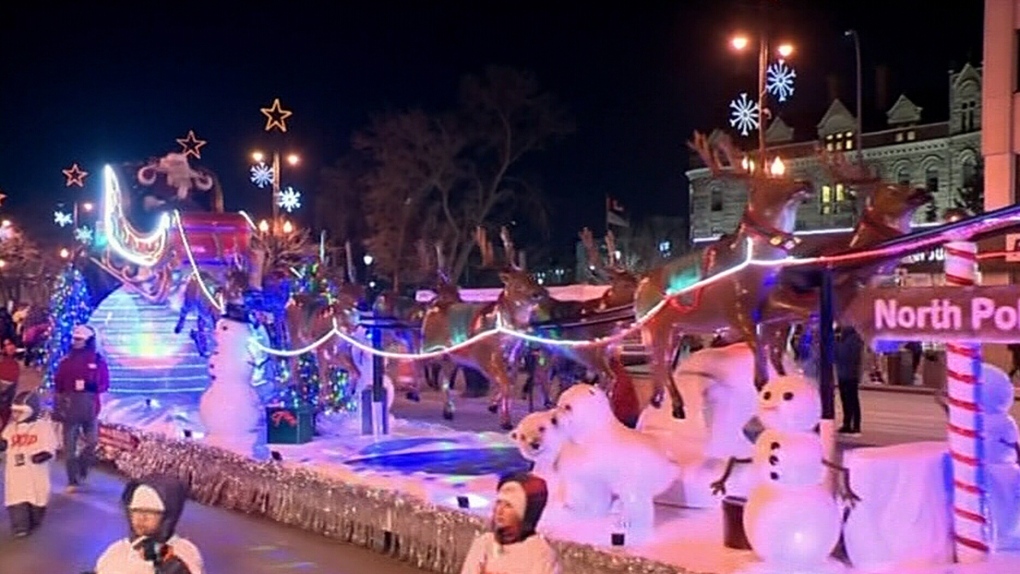 The Windsor Parade Corporation is letting the public know about a change in the start time for an upcoming Santa Claus parade.

The 53rd Annual Windsor Santa Claus Parade runs Saturday, Dec. 4 at the adjusted time of 5:45 p.m. from Wyandotte and Devonshire.

The parade, which is presented by The Wyandotte Towne Centre BIA, will be held in Traditional Format, with a multitude of various floats, entertainment, and of course Santa and Mrs. Claus.

“This route has been the home of the Canada Day Parade in Windsor for many years and is an awesome back drop for the Santa Claus Parade,” said a news release from the corporation.

The parade is being broadcast live by Local Channel YourTV Windsor Leamington with the broadcast area set for the block between Hall and Moy on Wyandotte Street.

There are several entries from local businesses and a newly completed float the Island of Misfit toys, which showcases classical characters like Yukon Cornelius, the Train with Square Wheels and Charlie in the Box. The Float has been a yearlong project and is dedicated in memory of the Corporation’s longtime volunteer Clayton Massender, who passed away suddenly last year.

Families are encouraged to arrive early for the parade and practice social distancing along the route, which runs Along Wyandotte from Devonshire to Alymer.

This is the second of three Santa Claus parades for the corporation, which also showcases the Essex BIA Santa Claus Parade next week.