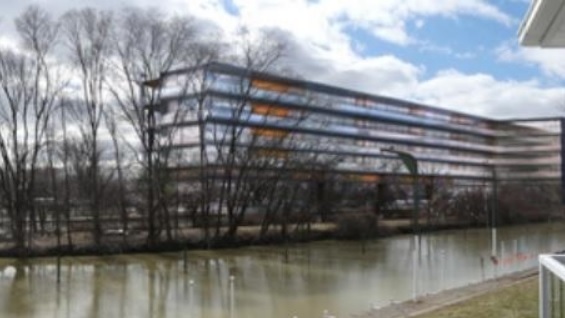 An artist's rendering of a proposed condo development in Tecumseh near St. Clair Beach. (Town of Tecumseh)

The community in St. Clair Beach came out in full force to a public meeting at Tecumseh Town Hall on Tuesday to voice their concerns with a proposed five-storey, 71-unit building backing onto the former Pud's Marina.

Residents in the neighbouring area around Tecumseh and Brighton Roads feel the building will bring too much traffic and over extend the sewer system.

Many also aren't happy with a high-rise building moving in next door in an area made up largely of single-family homes.

The proposed plan would create 35 new large marina boat docks down from the 75 spots available as part of the former operation.

A further 163 on-site parking spaces would be added.

There haven't been any decisions made yet regarding the project and another public meeting is expected to gather further feedback.