Naloxone to be deployed to all Windsor police officers 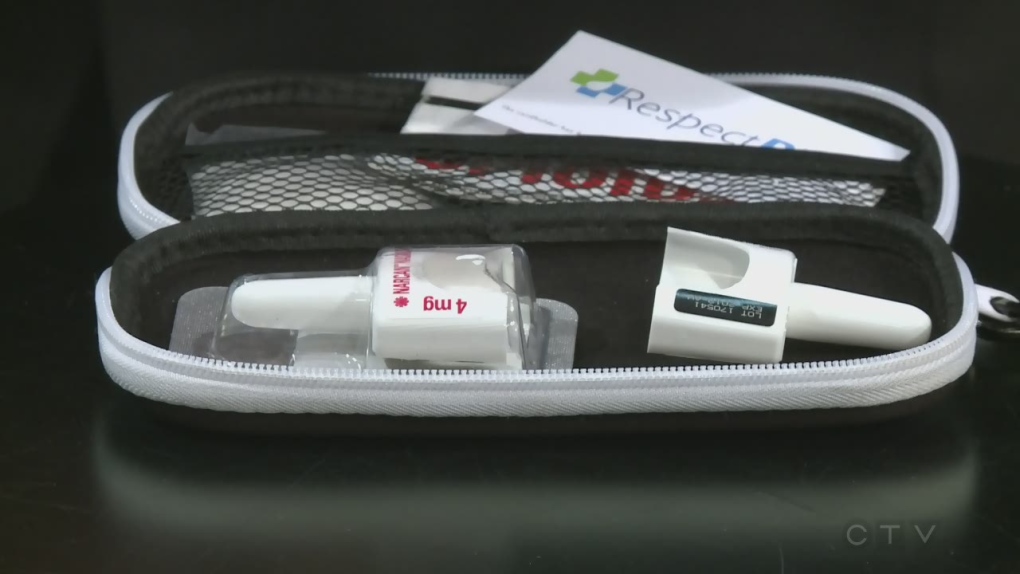 The Windsor Police Service is expanding its use of naloxone - the drug-reversing tool for people who are overdosing from illegal drugs.

“We’ve been advocating for this for some time,” says Shawn McCurdy, president of the Windsor Police Association.

Currently, McCurdy says just 30-40 officers carry naloxone on shift, but only those working in three units: the cells at headquarters, the City Centre Patrol and in Problem Oriented Policing.

McCurdy says it's too soon to say how long it will take for all 485 uniformed officers to be trained and carrying naloxone on shift.

"We've advocated that it’s a health and safety issue and it’s a benefit to the community," he says.

McCurdy says the online training takes less than an hour for the officers to be trained to use naloxone.

"The general public utilizes it,” says McCurdy. “They can be trained right at your local pharmacy by the pharmacist on how to use it, so the training is quite similar to us. I mean it’s a little more in-depth because we look at policies and procedures; when and where to use it."

Now that administering naloxone is protected under the Good Samaritan Act, McCurdy says officers don't have to worry about being investigated by the SIU (Special Investigations Unit) if they give naloxone and it hurts, or kills a civilian.

The Windsor Police Service is one of the last in Ontario to give naloxone to all of its frontline officers.

He was reluctant to comment on why it took so long for Windsor's Chief of Police to reverse this decision, saying "this is a good decision by the Chief.”

"This has been a long time waiting,” he says. “We've been advocating for a long time. Its peace of mind (for officers)."

Chief Pam Mizuno says the decision was made as a result of the City of Windsor opening an emergency shelter for the homeless.

Both the Salvation Army and Downtown Mission are in the midst of COVID-19 outbreaks and are restricting access to their facilities.

The Chief expects it will take two to three weeks to have all the officers trained and equipped with naloxone kits, which are free of charge from the Health Unit.