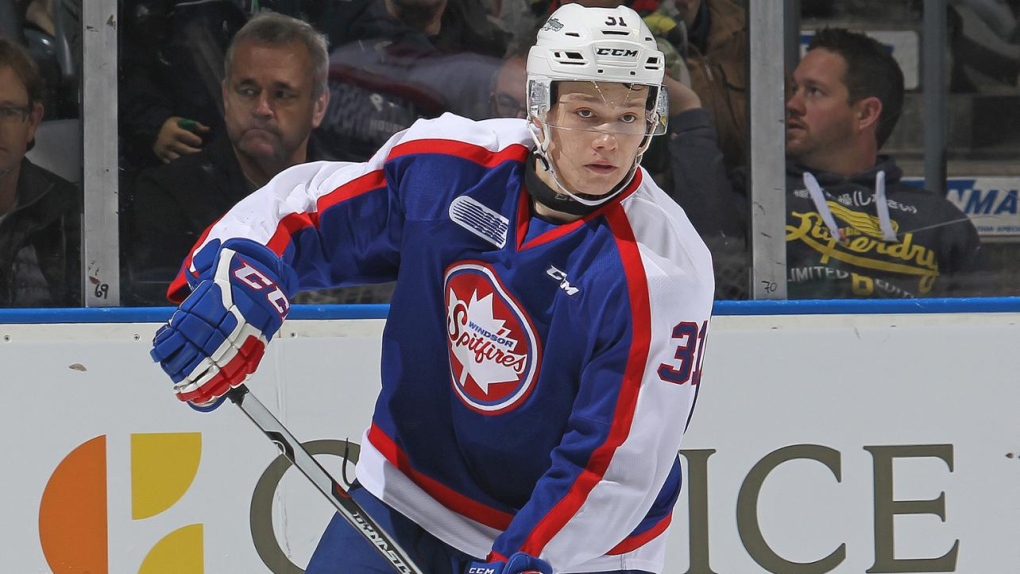 A big boost for the Windsor Spitfires in their quest for an OHL Championship and a Memorial Cup title.

The Spitfires will have the services of Mikhail Sergachev again.

The Montreal Canadiens returned the 18-year-old defenceman to the Ontario Hockey League team on Monday.

Sergachev had dressed in only three of the Habs first nine NHL regular season games. He finished with zero points and a plus-1 rating.

Habs GM Marc Bergevin says Sergachev "has a good attitude. He's a good kid. It will help him to play another year in the junior ranks."

Bergevin adds "he needs to go play. It's going to be great for him."

The Canadiens selected the Russian defenceman with the 9th overall pick in June’s NHL draft.

Sergachev finished with 57 points in 67 games with the Spitfires last season, and won the Max Kaminsky Trophy as the league’s Most Outstanding Defenceman.

Sergachev is expected to be in Windsor’s lineup when they host Saginaw on Thursday at the WFCU Centre.