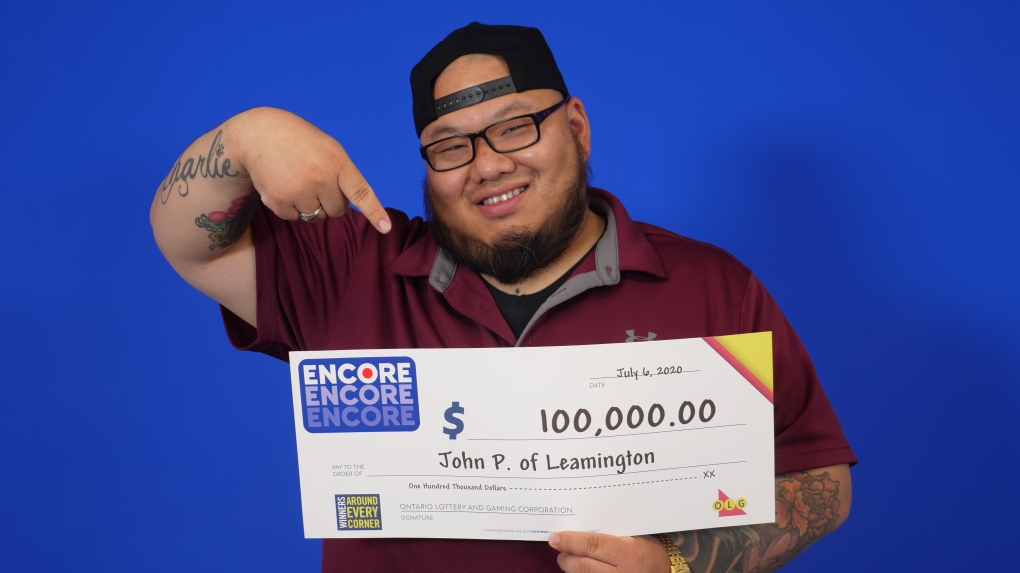 John Phan matched the last six of seven Encore numbers in exact order in the April 10 Lotto Max draw to win the money.

The 38-year old started playing the lottery in April. He discovered his win when he validated his ticket at a store and the lottery terminal froze.

“The next thing I knew, I was on the phone with OLG. I started to cry, I was so excited,” he said, while at the OLG Prize Centre in Toronto to pick up his cheque. “I called my mom and dad and they were so excited for me that they started to cry too!”

John plans to use his winnings to pay off his mortgage and invest in his restaurant.

“This win took me by surprise. I didn’t think winning the lottery would happen to anyone I knew, much less myself,” he said. “It’s such a huge blessing at a critical time for my business which has been hit hard with the pandemic restrictions.”

The OLG Prize Centre in Toronto has resumed in-person prize claims for winning-ticket holders of $50,000 or more by-appointment only.

Encore offers 22 ways to win and can be played in conjunction with most lottery games for an extra $1. There is an Encore draw every day.

The winning ticket was purchased at Sam’s Snack N’ Go on Talbot Street in Leamington.