'Five years is nothing': Chatham woman sentenced in crash that claimed two lives

'Five years is nothing': Chatham woman sentenced in crash that claimed two lives

A 41-year-old Chatham woman has been sentenced to five years in jail after she pleaded guilty earlier this year to drug impaired driving after a crash that killed an elderly couple from Sarnia in 2020.

The collision took place on March 8, 2020 around 4:35 p.m. on St. Clair Road between Border Road and Heritage Line near Wallaceburg, Ont.

“It's not a lot,” said Heather Hills, the daughter of the deceased outside the courthouse. “We actually were expecting, like maybe five years per count, per person. But no. Five years is nothing.”

Rose Hills, 87, and William Hills, 88, both of Sarnia, died after the crash. Their daughter said they were returning home from a day trip in Chatham.

At the time, the OPP said a third person was treated and released from the hospital.

Sarah Suitor will also be prohibited from driving a vehicle for five years following her penitentiary sentence and was also issued a 10 year weapons ban following her eventual release. 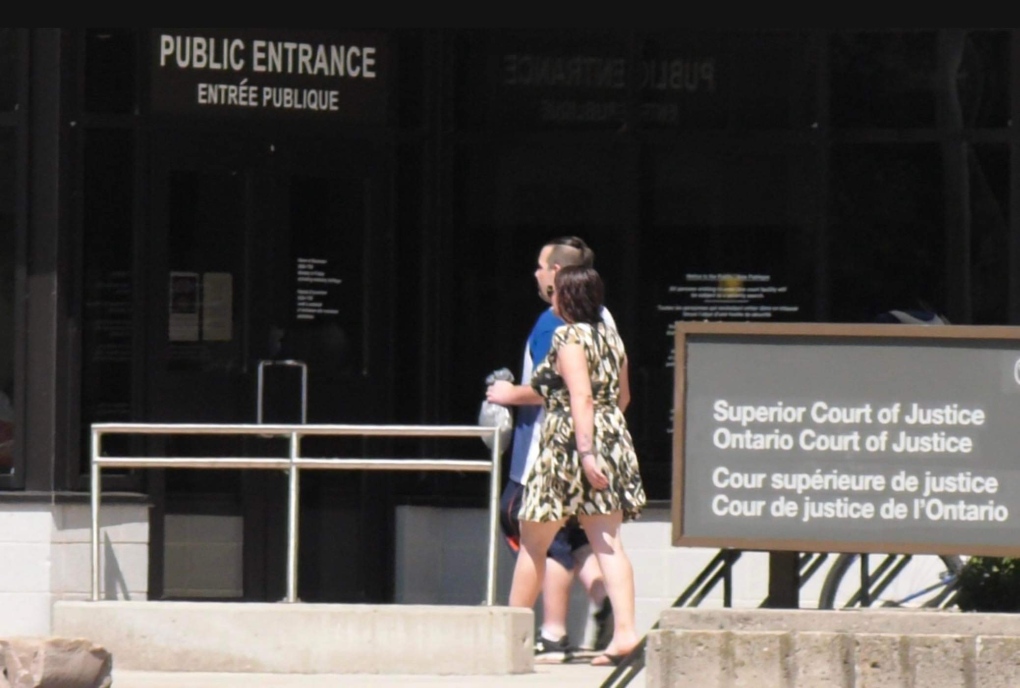 Sarah Suitor was sentenced on July 7, 2022 to five years in prison for a drug impaired crash that caused the deaths of an elderly couple. (Chris Campbell/CTV News Windsor)Suitor chose not to address the court when given the chance.

Hills told CTV News Windsor she was disappointed a formal apology wasn’t issued but said she briefly spoke with Suitor outside the courtroom.

“I introduced myself and she came over and she was crying and just said, ‘Sorry, sorry,’ and I just said to her, ‘I can’t be angry with you. I just hope moving forward, you learn.’ And she was grateful for our conversation. She said, ‘Thank you.’ Her fiancé said, ‘Thank you.’”

Justice Robert Horton was told Suitor is prepared to take responsibility for her actions and has been in treatment since the collision.

Horton said the sentence and joint submission needs to send the message that the conduct which occurred before the fatal crash has resulted in severe consequences.

Hills added, “I just hope that Sarah Suitor learns and takes away something from this and comes out of prison in five years as a better person.”

One of the Liberals' two affordability-focused pieces of legislation passed the House of Commons on Thursday, with all-party support. It is now off to the Senate for further consideration.

Canadians driving more, but 74 per cent don't know they should update their insurance provider: survey

A new survey has found many Canadians are driving more with the return to offices and workplaces, but most don’t know they should be reporting this change to their insurance companies, which experts say could cause issues down the line.

The Toronto Blue Jays have the largest increase in average attendance at Major League Baseball games this year, when compared to pre-pandemic numbers, a statistic fans hope will help the team's playoff push on Friday when they take on the Seattle Mariners in a wildcard series.

McGill University says it is investigating one of its instructors who allegedly called for the death of people participating in anti-government protests in the streets of Iran in recent weeks.