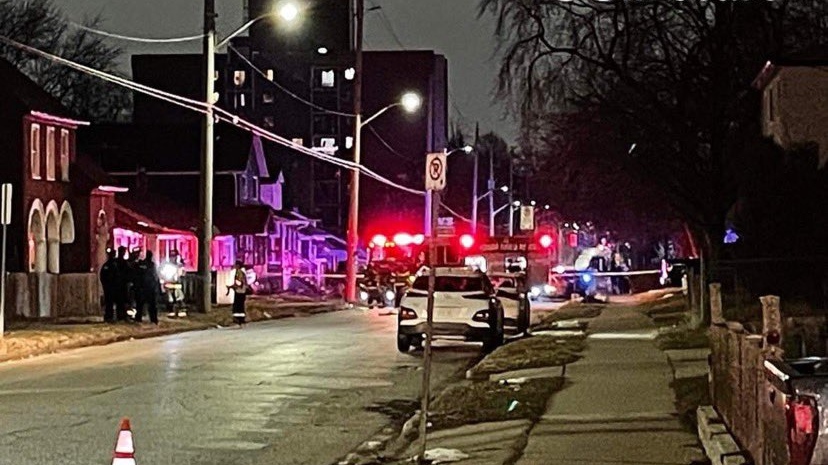 Enbridge Gas crews and emergency responders were called to at a residential home on Felix Ave. in Windsor on Thursday, Jan. 13, 2022. (Source: _OnLocation_ / Twitter)
Windsor, Ont. -

A home at the site of a gas leak may have piping that was tampered with, according to Enbridge Gas officials.

Enbridge Gas crews assisted emergency responders at a suspected gas leak at a residential home on Felix Ave. in Windsor on Thursday around 8 p.m.

“Upon investigation, it is believed that the gas piping in the home may had been tampered with,” said Enbridge spokesperson Andrea Stass.

This home was not currently occupied.

The fire department shut off the gas supply to the home and two neighbouring homes were temporarily evacuated as a safety precaution. Enbridge representatives locked the gas meter as a further precaution.

Stass said the leak has been resolved and evacuated residents were permitted to return to their homes.